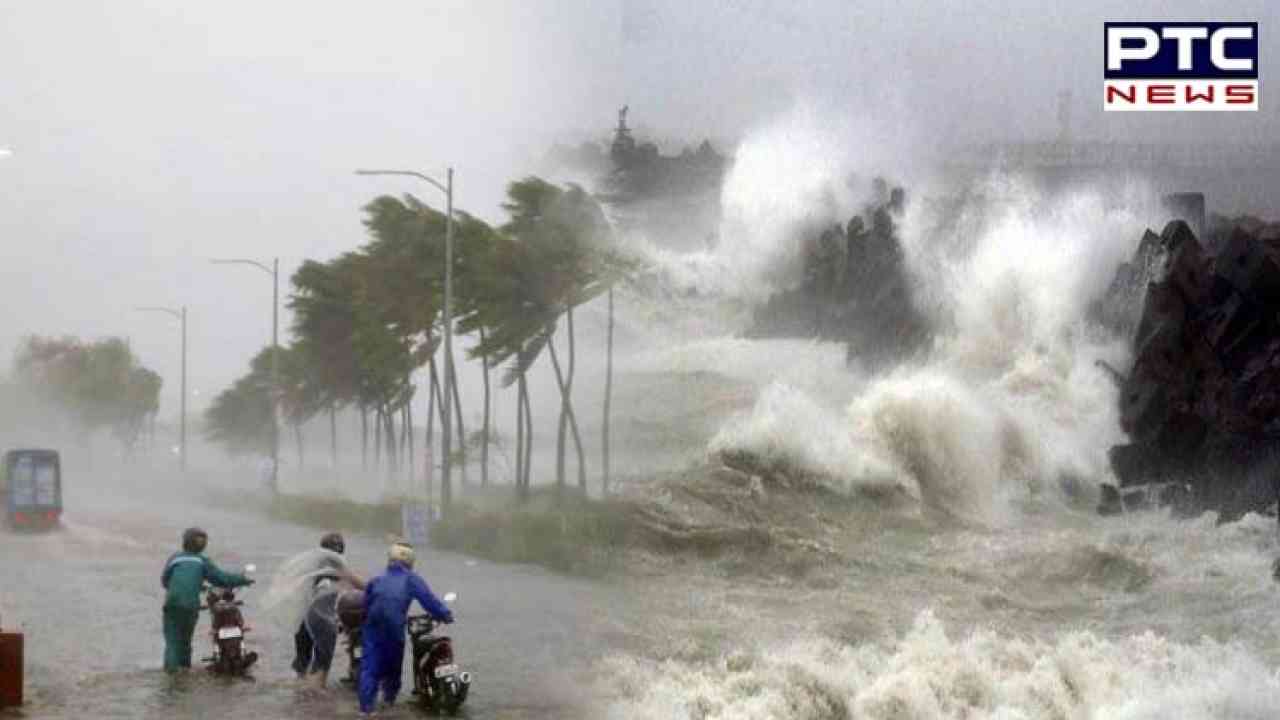 Chennai, December 10: Chennai and several other parts of Tamil Nadu witnessed heavy rainfall and strong winds amid cyclonic storm Mandous, which according to the India Meteorological Department (IMD) said had crossed the Mamallapuram coast and is weakening in strength after completing its landfall process late on Friday evening.


Several areas in Chennai saw waterlogging and squally winds uprooting trees in Chennai and in the nearby Chengalpattu district. The rainfall triggered by Cyclone Mandous has caused severe waterlogging in low-lying areas. Roads in the MMDA Colony in Chennai's Arumbakkam were seen waterlogged. A video showed a large tree uprooted in Egmore, causing several damage to a petrol bunk nearby.


Cyclonic Mandous had made landfall off Mamallapuram on Friday evening influencing moderate to heavy rainfall in coastal Tamil Nadu.

Mandous is all set to weaken to a deep depression and later a depression on Saturday.

S Balachandran, DDGM, RMC Chennai, said "Cyclone Mandous crossed the coast and is in deep depression and its strength is weakening. It is moving towards the Northwest direction so areas in northwest districts will witness strong winds of 55-65 kmph which will further decrease by evening to 30-40 kmph."

Earlier on Saturday, the Greater Chennai Corporation (GCC) requested people to avoid going out until Cyclone Mandous weakens. It is said that almost 65 trees fell in three hours and motor pumps are being used to remove water stagnation in low-lying areas.

Notably, National Disaster Response Force personnel are on standby. The Tamil Nadu government put out a list of helpline numbers in case of any flood-related emergencies.


The Greater Chennai Traffic Police Saturday in a tweet announced that vehicular movement along the East Coast Road (ECR) resumed at 6 am. The stretch had been closed since 10 pm last night, due to the cyclone.

Stalin visited and inspected the state emergency operation centre, Chepauk amid the cyclone's severity. He said that the monitoring of the cyclone has also been deployed district-wise.


"Whatever the situation may be Government will ensure the protection of the people. District wise the monitoring of the cyclone has also been deployed," said Stalin.

Stalin urged the people to follow the orders of the government and corporate with the government. Meanwhile, Dindigul Collector has declared a holiday for schools and colleges in Sirumalai and Kodaikanal for Saturday.

Heavy rains with strong winds were experienced in Puducherry on Friday. Red alerts were sounded in Tamil Nadu, Puducherry and Andhra Pradesh. Doppler Weather Radar Karaikal and Chennai are monitoring the cyclone.