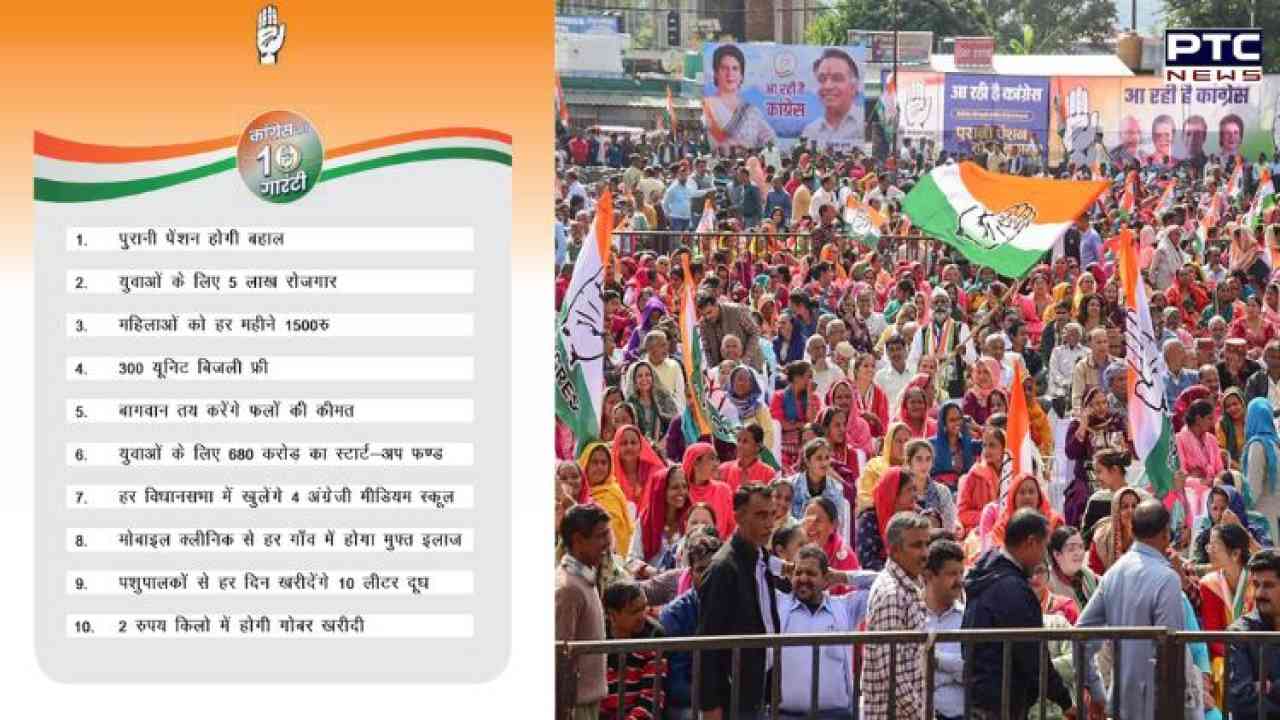 Himachal Pradesh, November 5: With a promise of free electricity for up to 300 units, Congress released its ten-point electoral manifesto for the upcoming polls in Himachal Pradesh.

The elections in the hilly state are slated to be held on November 12, whose votes will be counted on December 8.

The Congress released its manifesto for the upcoming elections in Himachal Pradesh, in the presence of its senior observer Bhupesh Baghel on Saturday.

The 10 guarantees of Congress include the implementation of the Old Pension Scheme, 1 lakh government jobs, as many as 5 lakh jobs for youth, Rs 680 crore Start-up fund for the youth, Rs 1,500 per month to the women, and free electricity up to 300 units of consumption.

The Himachal Pradesh election manifesto of the Congress also assured the people of the hilly state of four English-medium schools in each assembly, mobile clinics for free treatment in each village, the cost price of cow dung at Rs 2 per kilogram, purchase of 10 liters of milk from animal keepers, and the farm owners will be given the liberty to decide the price for their farm produce.

Earlier on Tuesday, the party's General Secretary Priyanka Gandhi Vadra said that if their government comes to power in the Centre, the Congress will cancel the Agnipath scheme.

"We will cancel the Agnipath scheme when our government will be formed at the Centre. We fulfill whatever we promise. In Chhattisgarh also, we promised for the loan waiver of the farmer and it was implemented," Congress General Secretary Priyanka Gandhi Vadra said while addressing a public gathering in Kangra.

In its manifesto, Congress has made promises to the people of Himachal and asserted that they will bring a change to the lives of farmers here the way they have done in Rajasthan and Chhattisgarh.

Himachal Pradesh will go to polls on November 12 and the counting of votes for the same will take place on December 8.

It is pertinent to note that the political parties in the country are making all the possible attempts to register a victory in Himachal Pradesh. For the elections slated to be held next Saturday, Congress, Bharatiya Janata Party, and Aam Aadmi Party are in the fray beside the independent candidates.

The BJP, which is yet to release its manifesto, has been conducting regular public address to the poll-bound state.