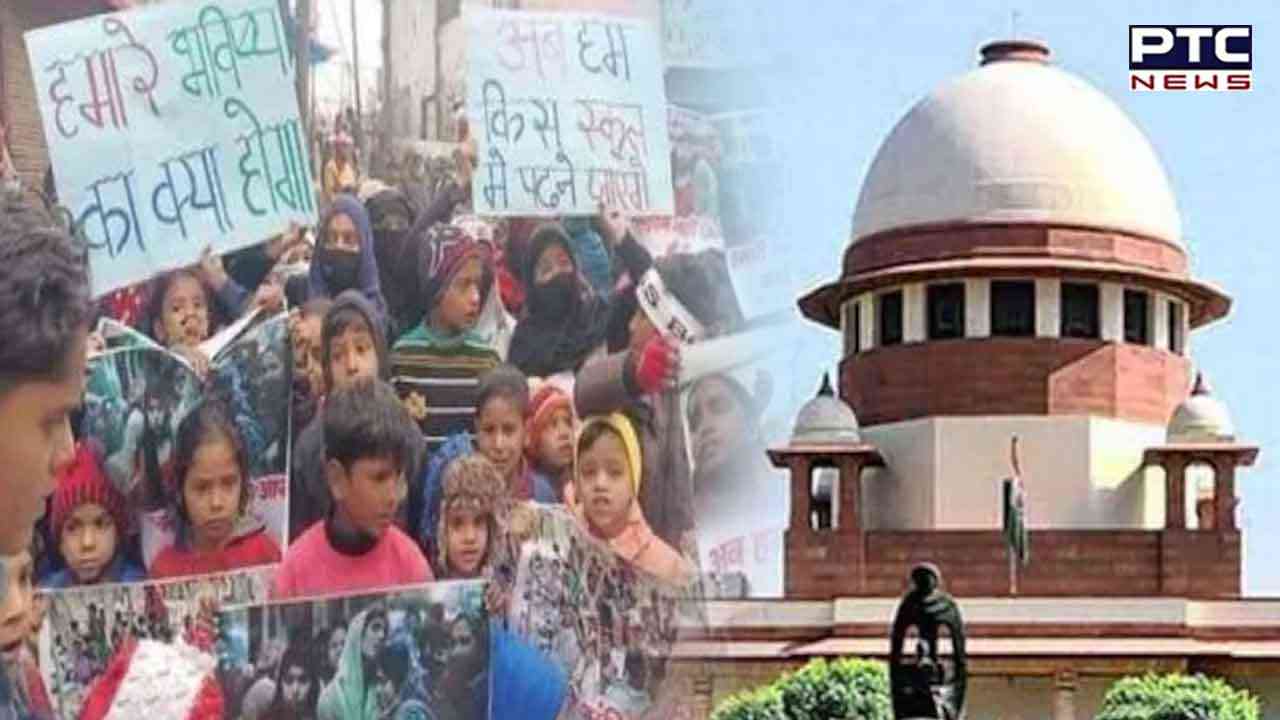 The Uttarakhand authorities had issued eviction notices to over 4,000 families, who claim that they had been living in Banbhoolpura area for years and even had valid documents duly recognised by the government authorities.

While hearing the plea on Thursday, the Supreme Court took exception to the order of the Uttarakhand High Court and observed that "there cannot be uprooting of 50,000 people in 7 days".

A Bench of Justices Sanjay Kishan Kaul and Abhay S Oka passed the order while issuing notices to Uttarakhand and the Railways in a batch of special leave petitions filed against the judgment passed by a Division Bench of the Uttarakhand High Court on December 20, 2022.

The Supreme Court further posted the matter for February 7 and asked Uttarakhand and the Railways to find "practical solution".


Meanwhile, people gathered outside the Gaffran mosque in the Banbhoolpura area of Haldwani as the Supreme Court gave its verdict of a stay order against the HC's order to remove the encroachments in Haldwani. The people expressed their relief and happiness after the top court's order.

Bhupendra Arya, who filed a PIL in the court against the displacement of the majorly Muslim community in Haldwani, expressed a sense of relief and satisfaction. After the judgement, he said, "We thank the Supreme Court to give this decision in our favour that was affecting 60,000 people. I thank the court for restoring our confidence in the government and the constitution of the country."

Another person who stood in the crowd outside the masjid said, "Every woman and man had expectations with the Supreme Court and we fully believe that even in future the apex court's decision will be in our favour. The ministers of the Centre will go to the court to show their papers, we have proof and believe the further investigation will also be in our favour."

"Regarding the notice given to us by the railways, no investigation can be done in seven days. We are extremely thankful to the court for giving this decision in favour of the poor," said another person who appreciated the court's decision.