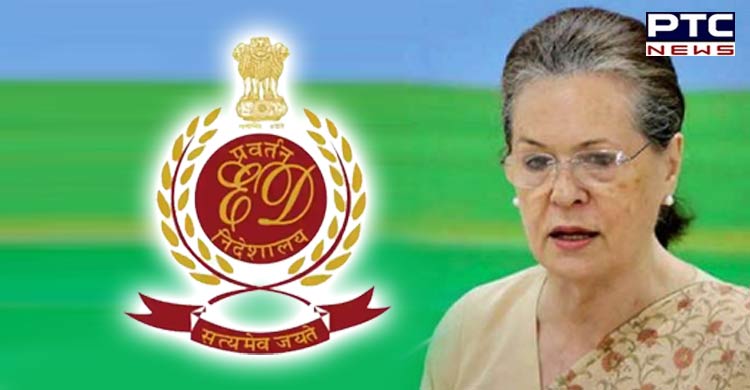 New Delhi, July 11: The Enforcement Directorate (ED) has issued fresh summons to Congress interim president Sonia Gandhi to appear before it on July 21 in connection with the National Herald case.

According to official sources, Sonia Gandhi has been asked to be deposed before the investigators at its headquarters around 11 am on July 21. The fresh summon has been issued as the Congress leader could not join the ED investigation in the case due to Covid-19 infection.

The probe agency had earlier issued similar summons to Sonia Gandhi as she did not appear before the investigators on June 8 and then June 21 due to coronavirus.

The Congress president had developed a mild fever on June 1 evening and was found Covid-19 positive upon testing the next morning.

Sonia Gandhi was initially required to appear before the ED's investigators in connection with a money-laundering investigation involving the National Herald on June 8 after being served a summons on June 1.

The ED wants to record Sonia Gandhi's statements under criminal sections of the Prevention of Money Laundering Act (PMLA). It last month questioned Rahul Gandhi on several occasions in the case.

According to official sources, Rahul Gandhi was confronted with many documents compiled by the ED as evidence obtained so far in the investigation to get his version after the Union government revoked the Gandhi family's Special Protection Group protection in 2019.

Earlier, sources had said that Gandhi has been questioned extensively regarding the Gandhi family's ownership of Young Indian Private Limited (YIL) and its shareholding pattern in Associate Journals Limited (AJL), the firm that publishes the National Herald newspaper.

The sources added that investigators in the ED have also questioned the Congress leader to describe the circumstances under which AJL was acquired by YIL in 2010, making it the owner of all assets owned by the National Herald newspaper.