Netherlands' Pieter Seelaar announces international retirement due to back injury 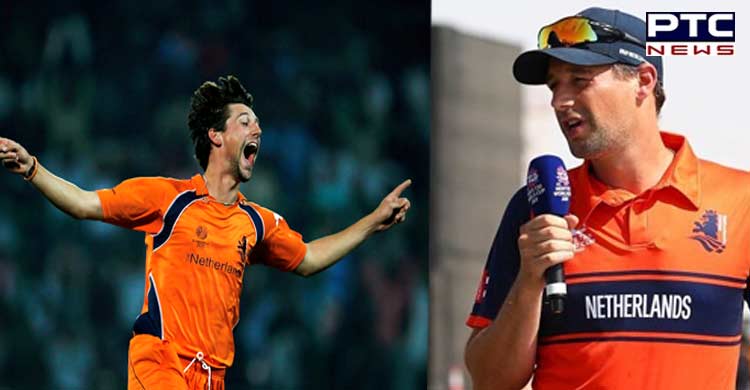 The 34-year-old batsman and skipper made his debut for the Netherlands in 2005, finally succeeding Peter Borren as captain in 2018. Seelaar began his career as a left-arm orthodox spinner, but as his batting got increasingly vital to the team, he moved up the batting order.

"Since 2020 my back problems got worse to such an extent that - much to my regret - I am no longer able to give everything I've got," Seelaar said.

Seelaar represented the Netherlands in 57 ODIs and 77 T20Is, taking over 100 wickets in two formats. The canny spinner, known for stifling opponents with subtle angles and subtle changes, kept his ODI economy to just 4.67 and his T20I economy to 6.83.

Seelaar was a part of the squad that notably thrashed England in the T20 World Cup opening at Lord's in 2009 and in the same tournament five years later in Bangladesh.

Seelaar scored four-wicket hauls in both international white-ball formats, but his best performance with the bat came in the ICC Intercontinental Cup when he made 138 not out against Hong Kong. Seelaar and Ben Cooper scored 288 runs for the sixth wicket, a competition-record partnership.

"Pieter's input has been priceless, first as a player and later also as a captain. His management style is open, honest and transparent, which has always been appreciated by the players," Lefebvre added.

"He can look back upon a wonderful international career which unfortunately comes to an untimely end. We wish him the very best for the future," he said.