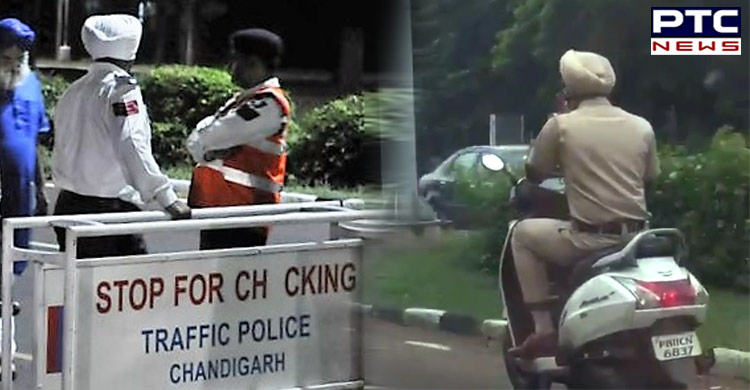 New Traffic Rules: A Punjab Police offical was fined Rs 10,000 for violating traffic rules in Chandigarh, on Thursday. This is said to be the first challan issued to the police offical following the implementation of the Motor Vehicles (Amendment) Act 2019. As per reports, a video was shared on twitter, in which the cop was seen riding a white Activa and taking on the mobile phone, near Matka Chowk, Chandigarh.

The twitter user Meena Chaudhary while posting the video tagged SSP (Traffic) Shashank Anand. Meanwhile, UT traffic police issued a Traffic Violation Information Slip (TVIS) to the Punjab Police official. As per the Motor Vehicles (Amendment) Act 2019, the cop has to pay Rs 10,000, double the peanlty in a case of violating the traffic norms.

Meanwhile, the new traffic rules have been creating a storm out ona road, as people are getting slapped with the hefty challans, when caught violating the traffic norms.  The revised Motor Vehicles (Amendment) Act 2019 was implemented from Septemeber 01, 2019. Earlier, the peanlty for using mobile phone while driving was Rs 1,000 which is now scaled up to Rs 5,000.