Pak PM Imran Khan unfollows everyone on Twitter, gets trolled 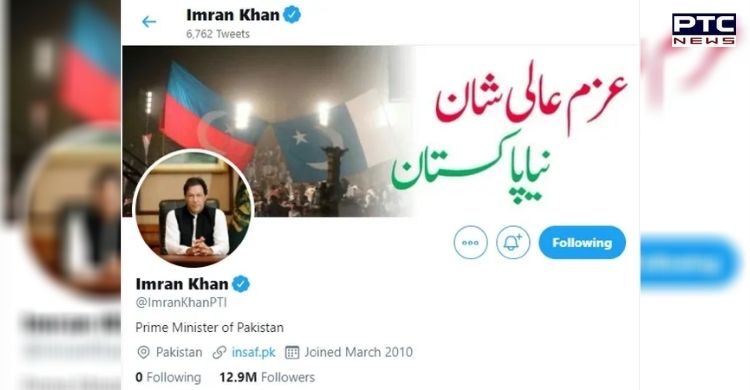 Twitterati in Pakistan trolled Prime Minister Imran Khan after he unfollowed everyone from his official Twitter account, including his first wife Jemima Goldsmith.

In March 2010, Imran Khan created his Twitter profile. Despite divorcing her and marrying twice after that, Khan had continued to follow his first wife Jemima Goldsmith.

Pakistan Prime Minister is having 12.9 million followers on the micro-blogging site. Bushra Bibi is the third wife of Khan.

However, there has been no clarification if this was a new development, a glitch, or an intentional act. This has given a chance to the netizens as they trolled Imran Khan.

Jemima had tweeted: "Who doesn't love a Lollywood poster? Spotted today by a friend in Lahore. Caption: 'what kind of black magic did you do?'"