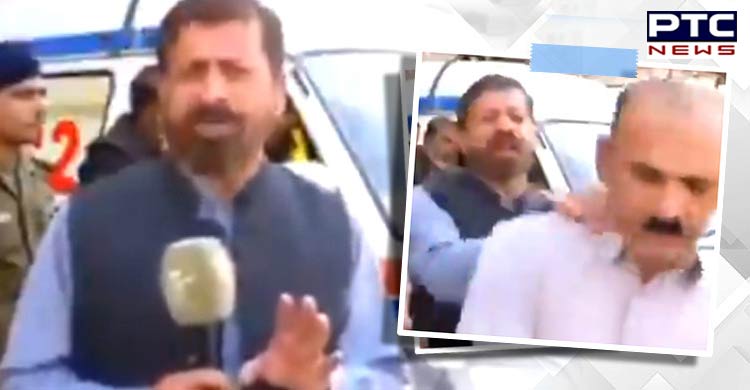 Pakistani media has always been producing gems for the Internet's troll army. Be it their news bulletins or speeches by activists and politicians, netizens have always got a good laugh through such viral video. Some of these include Pakistan Railways Minister Sheikh Rashid Ahmad getting an electric jolt through a microphone, while speaking about India and Prime Minister Narendra Modi in a bad manner.

Meanwhile, a video has surfaced on social media where a Pakistani reporter, gets highly irritated, when a passerby appeared between him and the camera during a live report. As the man stepped into the frame, the reporter reacts angrily before pushing him aside. The video has gone viral on Twitter, Facebook and Instagram.

Here are some reactions to the video:

Earlier, in July, a Pakistani news anchor confused the Apple Inc to the fruit ‘apple’ during a discussion that was live on air. Meanwhile, there was Pakistani pop singer Rabi Pirzada, who was seen  posing with reptiles issuing a threat to PM Narendra Modi over scrapping of Article 370.

Likewise, a Pakistani analyst fallen off his chair during a live TV debate on the Kashmir issue. The video went viral on social media.