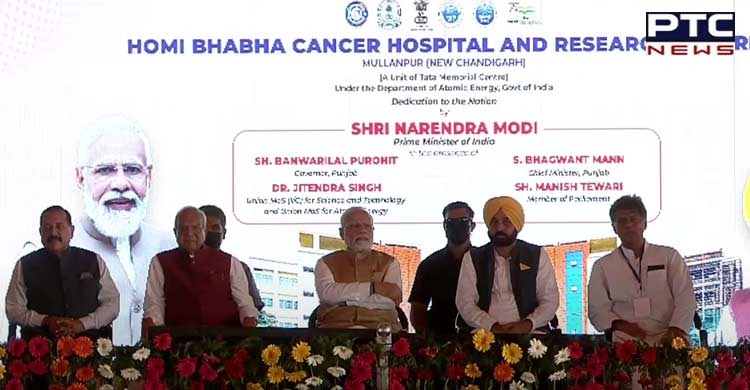 Mohali, August 24: Prime Minister Narendra Modi on Wednesday dedicated Homi Bhabha Cancer Hospital and Research Centre to the public in Punjab's Mohali district. It is an endeavour to provide world-class cancer care to residents of Punjab and neighbouring states and UTs.

Punjab Chief Minister Bhagwant Mann felicitated Prime Minister Narendra Modi at the inauguration of Homi Bhabha Cancer Hospital and Research Centre, which is a tertiary care hospital of a 300-bed capacity and is equipped with modern facilities to treat all types of cancers using every available treatment modality like surgery, radiotherapy and medical oncology — chemotherapy, immunotherapy and bone marrow transplant.

The centre will function like a 'hub' of cancer care and treatment in the region, with the 100- bedded hospital in Sangrur. The Prime Minister is on a one-day visit to Haryana and Punjab. Earlier in the day, PM Modi inaugurated Amrita Hospital in Faridabad, Haryana. 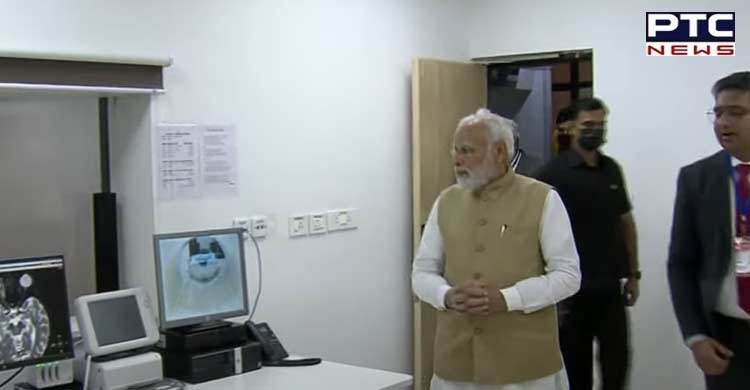 Homi Bhabha Cancer Hospital and Research Centre has been built it at a cost of Rs 660 crore. This hospital with a capacity of 300 beds will be equipped with modern cancer treatment facilities.

Meanwhile, Prime Minister Modi also addresses the Jan Sabha after inaugurating this hospital built in New Chandigarh-Mohali. It is PM Modi's first visit to Punjab after the AAP came to power.

This hospital will bring big relief for the Malwa region of Punjab, which is struggling with cancer. 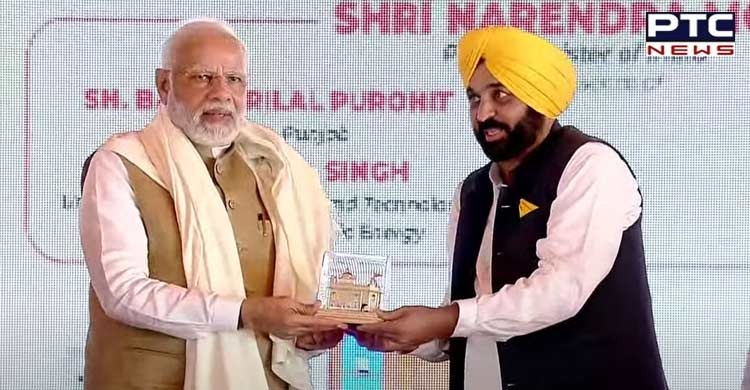 Chief Minister Manohar Lal Khattar, Deputy Chief Minister Dushyant Chautala and others were also present during the inauguration ceremony of Amrita Hospital. The day marks two important Health initiatives being inaugurated/dedicated to the nation by the Prime minister.

Meanwhile, security forces were tightened in Chandigarh and Mohali ahead of Prime Minister proposed Narendra's Modi's visit on today. Section 144 has been imposed, and besides creating no fly zone. No one will be allowed to carry arms and ammunition in Chandigarh on August 24.