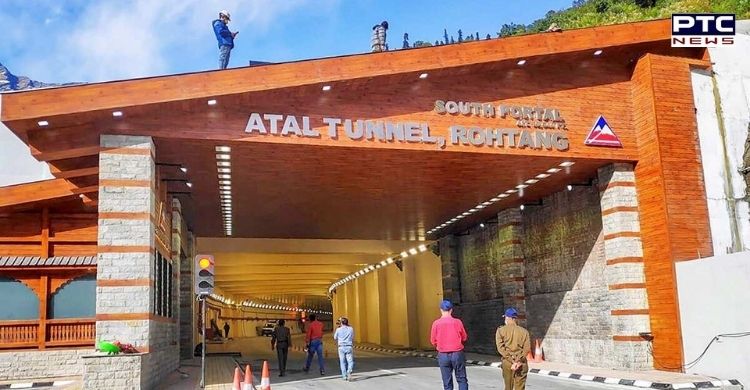 It is the longest highway tunnel in the world built at an altitude of 3000 meters. The tunnel reduces the road distance by 46km between Manali and Leh and the travel time by about 4 to 5 hours, according to the statement released by the Prime Minister’s Office on Friday. The Atal tunnel has been built with ultra-modern specifications in the Pir Panjal Range of the Himalayas at an altitude of 3,000 metres from the mean sea level.

Reportedly, it is a horseshoe-shaped, single tube double lane tunnel with a roadway of 8 metres and an overhead clearance of 5.525 metres.

The Atal tunnel has been designed for a traffic density of 3,000 cars per day and 1,500 trucks per day with a maximum speed of 80 km/hr. On June 3, 2000, it was decided to construct the tunnel, under the leadership of late Atal Bihari Vajpayee.

However, in 2019 the Union Cabinet under the leadership of Prime Minister Narendra Modi resolved to name the Rohtang Tunnel as Atal Tunnel in honour of the former prime minister.