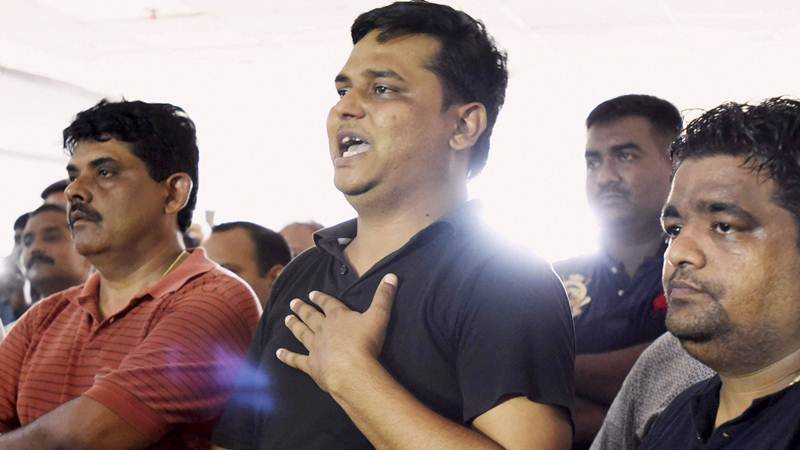 Pradyuman’s father Varun Thakur has alleged that PWD Minister Rao Narbir Singh had tried to stop him from demanding a CBI inquiry.

Thakur said he wanted CBI to probe in the case. He said he followed instincts rather than Rao Narbir’s advice, who asked him to let police probe the case and not demand a CBI inquiry.

“The minister visited me a number of times. He asked me not to go in for a CBI inquiry as it will be a futile and time-consuming process. He told me that the CBI was burdened. The CBI investigation would be tedious and take at least a year while the police would deliver speedy results. As I  was unyielding after Ashok’s arrest,  he asked me what if the CBI found him guilty,” alleged Thakur.

He said he would file a plea seeking trial of the accused as an adult. “The way my son was killed was no child’s play. Age cannot be used as an excuse to escape. I will plead in court that he be tried as an adult,” the father added.

“I am shocked how some people are using an aggrieved father to train guns at me. I spoke to the CM and insisted on a CBI inquiry. I told the aggrieved father that it was just three days of investigation and it was too early to lose trust in the police. I asked him to wait, but when he said he wanted a CBI inquiry, I stood by him and got his demand fulfilled. I am shocked to learn about the allegations, but am sure truth will prevail. Any attempt to defame me will be dealt with seriously,” he said.

Authorities at the Faridabad correction home said the accused was disciplined. “He is like any teenager who cries the first night. He adjusted to the routine of waking up early, going for exercise, eating with other boys and playing. His parents met him for about 10 minutes today and were in tears,” said an official.