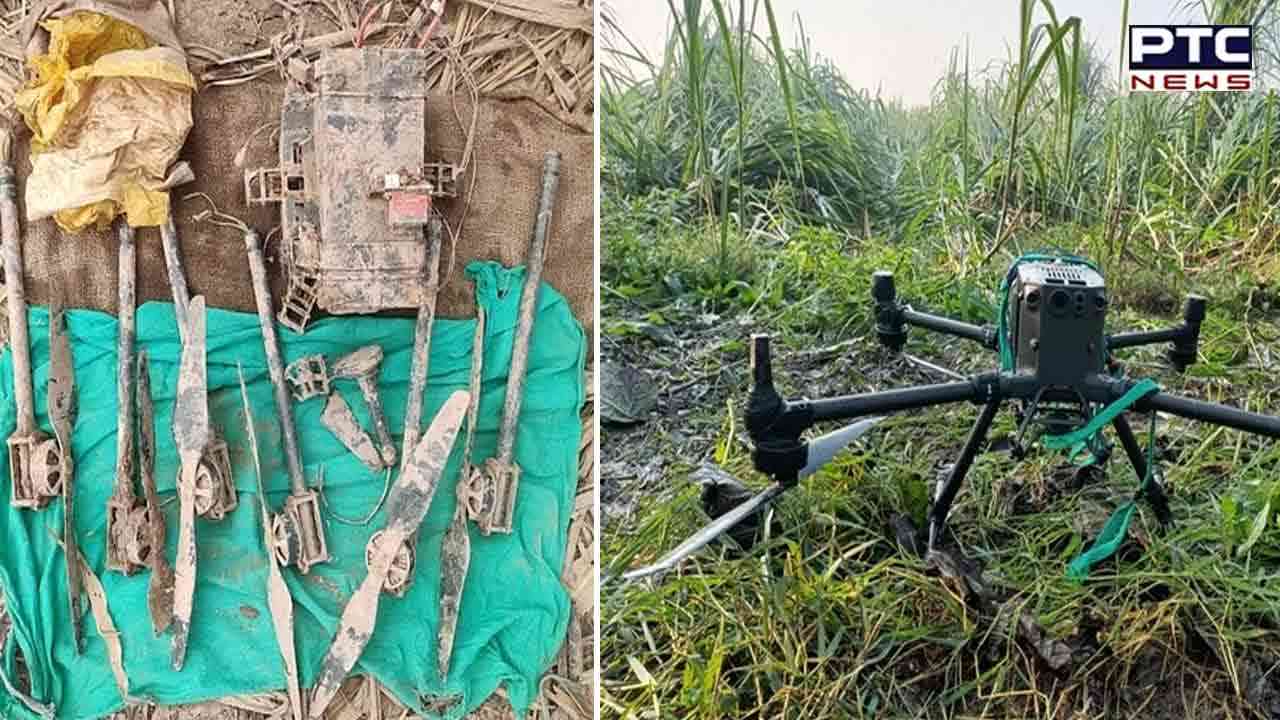 Punjab, January 2: The Border Security Force (BSF) on Monday recovered another Pakistani drone with a consignment of approximately 1 kg of Heroin near the International Border (IB) in Punjab's Gurdaspur sector.

The BSF, which is responsible for guarding the 3,323 km India-Pakistan border, said it was an "old broken" drone (Hexacopter) which was found at a distance of two km from the IB by its troops under Border Outpost Kossowal in Gurdaspur.

"On January 2, 2023, an old broken Pak drone (Hexacopter) with consignment (approximately 1 kg of Heroin) has been recovered at a distance of 2 km from the IB by BSF troops in the AOR of BOP Kossowal, Sector Gurdaspur," said the BSF in a statement.


Information regarding the drone was given to BSF at about 1 pm on Monday by farmers in the area, said the Central Armed Police Force that works under the Ministry of Home Affairs and is mandated to guard the border with Pakistan to stop illegal cross-border activities.

Sharing a reference, the BSF said a drone intrusion was detected by its border guards in the Kassowal Border Outpost around 10 pm on December 31 last year.