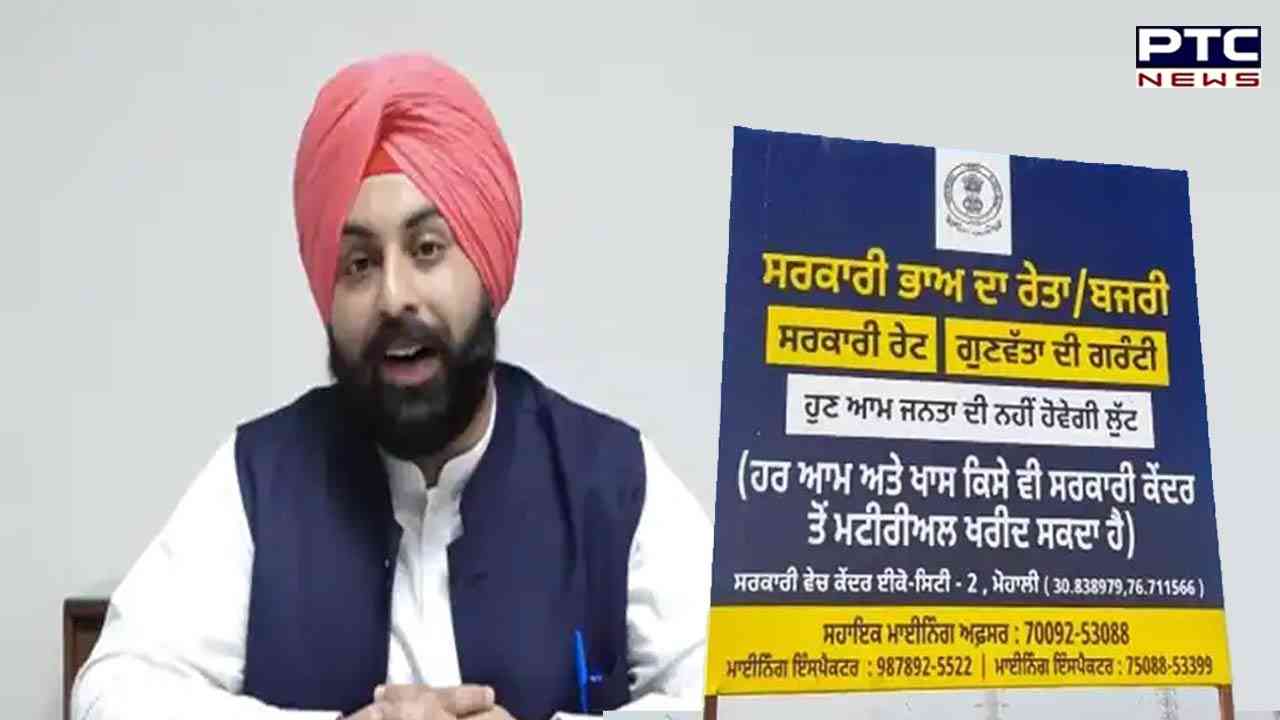 Punjab residents will get sand and gravel from this centre at government rate. This centre would get supply from government pits. A sign board has also been installed at the site wherein the number of assistant mining officer and mining inspector have been mentioned. It also mentions," Now, common people will not face loot".

Punjab Mining Minister Harjot Singh Bains said in a phased manner, government centres would be opened in different districts of Punjab to provide sand and gravel at cheaper rates. As per information, sand will be cheaper than the market rate by Rs 28 per foot and gravel will be cheaper by Rs 30 per foot. There would be a difference of Rs one-and-a-half to Rs 2 between the market rate and price at the government centre.

Also Read | 'I dreamed it so many times', says Lionel Messi as he pens note after landmark win in FIFA World Cup

Mining Minister Harjot Singh Bains said illegal mining on a large scale was not possible without anyone's patronage. He claimed that the Punjab Government had zeroed in on big mining mafia in the state and the case was being transferred to the Vigilance.

Notably, amid a shortage of sand and gravel in Punjab for a long time, their prices were skyrocketing.

The minister said the Punjab and Haryana High Court had banned all mining operations in the state from November 11, but the Punjab Government owing to its commitment to provide sand and gravel to the common man, arranged the same from outside the state and till now, 90,000 MT had been supplied to the people.

After the state received relief from the High Court, the price was likely to come further down to Rs 15 or 16 per cubic feet, added the minister.