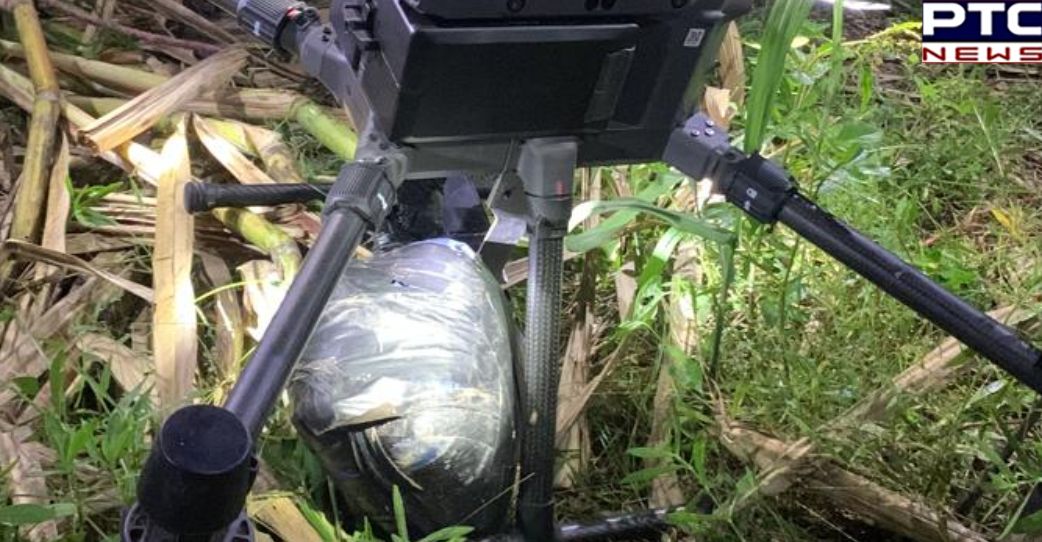 Amritsar, October 18: Border Security Forces shot down a drone that entered India in Punjab's Amritsar sector from the Pakistan side on the International Border in the late hours of Monday.

A senior BSF officer said that the drone (Quad-copter DJI Matrice) was spotted at 8.30 pm near Chhana village in Amritsar by BSF troops on patrolling duty. They immediately opened fire and it was shot down. According to BSF officials, two packets of contraband drugs of 2.5 Kg were recovered with the drone.

The central government recently shared the input from the security forces deployed at the India-Pakistan border to maintain such illegal attempts from the Pakistan side.

Of the 191 drones observed, 171 entered into Indian territory through the India-Pakistan border along the Punjab sector while 20 were seen in the Jammu sector, a document accessed by the ANI mentions.

As per the document, the "UAV (Unmanned Aerial Vehicle) observation in Indo-Pak border was seen in Punjab and Jammu frontier with effect from January 1, 2022, to September 30, 2022".

The documents further reveal that most of these drones or UAVs managed to flee while a total of seven have been shot down by the Border Security Force (BSF) personnel, who are deployed along the India-Pakistan border to keep a tab on such illegal activities being orchestrated by Pakistan's Inter-Services Intelligence.

Among seven drones shot down this year between January 1 to September 15 were observed in Punjab's Amritsar, Ferozpur and Abohar regions.

Officials in the BSF told ANI that drones are being used by Pakistan's side to transport weapons, explosives and narcotics across the international border in Jammu and Punjab from Pakistan.

The increased drone activity across the border was brought to the notice of Home Minister Amit Shah in the security review meeting in Srinagar recently with top security and intelligence chiefs in attendance. While BSF, which mans the international border with Pakistan in the Jammu sector, believes that it has been able to repel drones carrying arms, ammunition and explosives from Pakistan, the state police and the intelligence agencies differ with this assessment.

The security forces have seized various AK series assault rifles, pistols, MP4 carbines, carbine magazines, high explosive grenades as well as narcotics which were transported into Indian territory from Pakistan from the drones shot down so far.

As per security agencies, BSF intelligence inputs and Jammu and Kashmir Police officials, the drones are also used to drop packets of Afghan heroin for financing terror operations in the Valley and Punjab.

It is learnt that the group behind the transportation of weapons, explosives and drugs is Pakistan-based Lashkar-e-Taiba and other terror outfits which have camps across the International Boundary and are backed by ISI.

The Home Ministry is learnt to have directed the concerned agencies to find out a solution to stop drone activities and meanwhile security agencies and law enforcement forces are asked to keep a special watch on such movements.