Bus service in Punjab resumes; here is the list of select routes 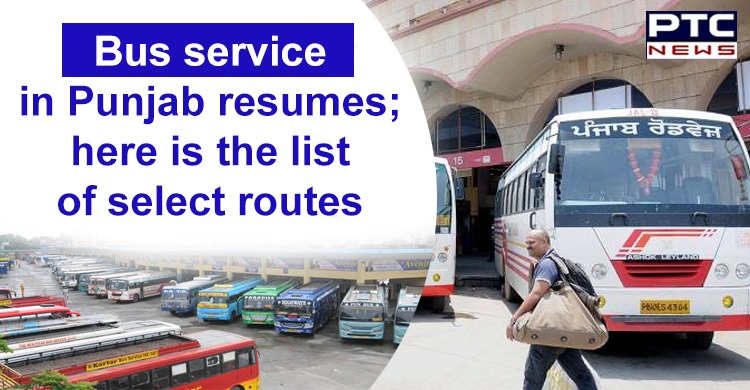 Punjab Government announced that the bus service will resume on the select route from May 20. The buses will ply from point to point between major cities and District headquarters with 50 percent occupancy of its full capacity.

Meanwhile, there is no restriction on the movement of private passenger vehicles within the state from 7 am to 7 pm in non-containment zones. The taxis, autos, and rickshaws will carry two passengers. Scooters and motorcycles have been allowed one person on the pillion.

The decisions were taken in a meeting chaired by the Chief Minister Captain Amarinder Singh on Monday.

The buses will ply on the following routes:

Similarly, for two-wheelers and bicycles, it shall be limited to one rider or Wife and husband or Rider with one minor child. Detailed guidelines in this regard will soon be issued by the Transport Department.