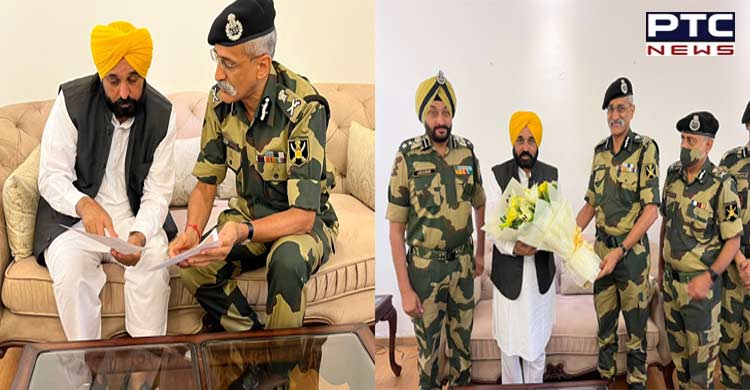 Chandigarh, July 31: Punjab Chief Minister Bhagwant Mann impressed upon the Director General of Border Security Force (BSF) Pankaj Kumar to enhance vigil at the borders of the state for checking smuggling of drugs and weapons from across the border.

The Director General of BSF called on the Chief Minister here at his official residence on Sunday. 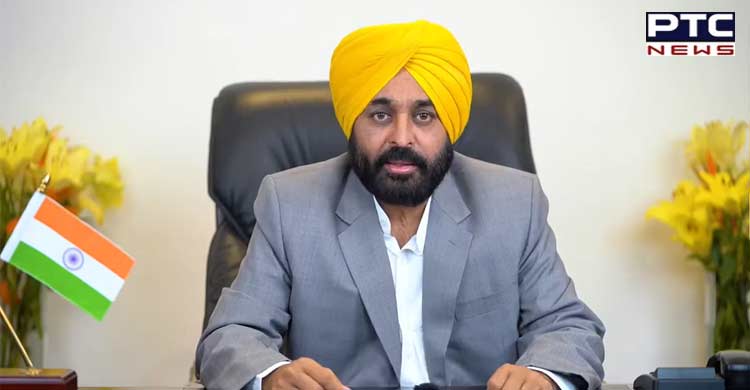 During deliberations, the Chief Minister said that Punjab being a border state faces numerous challenges in wake of the smuggling of drugs and weapons from across the fence. He said that this needs to be checked with a heavy hand as it poses a grave threat to the unity, integrity, security and sovereignty of the country. Bhagwant Mann said that Punjab is fighting country’s war against drug as not even a single ounce of drug is produced in Punjab but as state is on transit route of drug supply, so it is battling hard to prevent smuggling of drugs into the country. 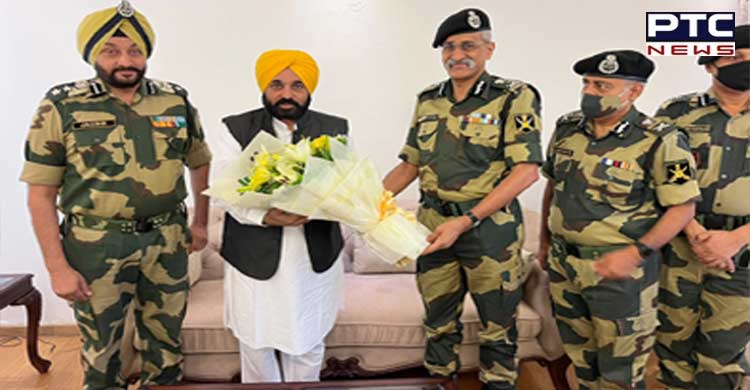 The Chief Minister said that meticulous planning and flawless execution of strategy against drug smuggling by BSF and the Punjab Police can act as a ‘barrier’ to save the country from poison of drugs.

He said that this is the need of the hour to break the backbone of narco-gangster-terrorist nexus which is trying to flex its muscles for disturbing the hard earned peace of state. Bhagwant Mann assured fulsome support and cooperation to the Director General of BSF for this noble cause.

Underlining the need for equipping BSF and the state Police with the latest weapons and gadgets to combat cross border terrorism and smuggling more effectively, the Chief Minister said that he had already flagged off this issue with the Union government. 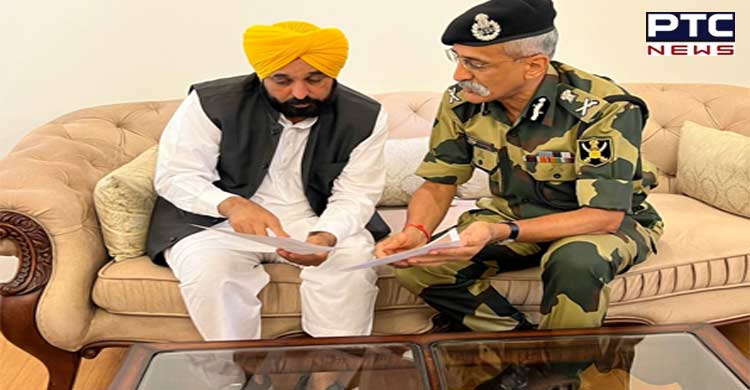 He said that both Punjab Police and BSF are working tirelessly for checking the cross border smuggling of weapons and drugs adding that strenuous efforts on part of both the forces will bear the desired results. Bhagwant Mann also lauded the services rendered by the BSF for safeguarding the border of the country in general and state in particular.