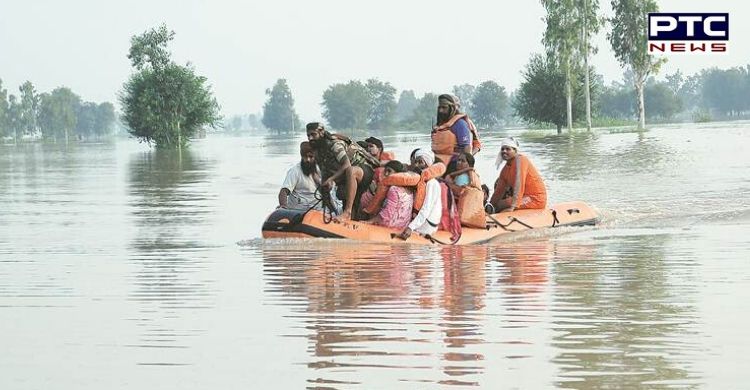 Punjab Government has spent Rs 50 crore on widespread flood management measures, including cleaning of the drains, to check flooding during this monsoon season.

Disclosing this during his live #Ask Captain Facebook interaction, the Chief Minister said that cleaning of 1400 kms of the total 2100 kms of drains in the state had been completed while the rest was being done expeditiously. Another 42 projects of flood protection are in full swing at critical sites, he said. As part of the measures undertaken by the State Government, EC bags have been stacked at all the vulnerable points, he added.

Observing that heavy inflows at the Bhakra dam last year due to the melting snow had caused floods in the state, the Chief Minister said several proactive measures have been taken this year. The BBMB was asked to increase the outflow to create a flood cushion and the governments of Haryana and Rajasthan were also requested to do the same, he said.

Adding, he said that as a result, outflows had increased to 30000 cusecs two months back and the reservoir level stood at 1335 ft, which is more than 20 feet lower than last year.

Captain Amarinder Singh further said that the Pong dam is rainfed only and the outflows have increased to the level of 15000 cusecs, with reservoir level being 1335 ft. which is 8 feet higher than last year. In the case of the Ranjit Sagar Dam, the outflows have increased to 14664 cusecs and the reservoir level is 512 Mt. which is about 1 feet higher than the previous year.