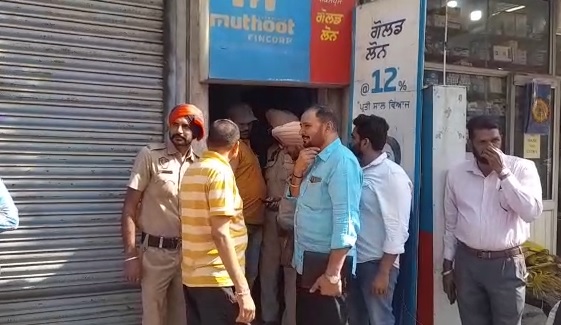 One of the three armed men was killed while attempting to loot cash and gold at Muthoot Finance at Sunder Nagar in Ludhiana. The company manager also sustained bullet injuries.

As per information, the robbers opened fire on the company staff and security following which guards also retaliated in self defence. While one of the robbers was shot dead, another managed to flee the spot. A security guard was also injured.

Senior Punjab Police officials also reached the spot. The matter is being investigated. CCTV footages are being examined to identify the robbers. A case has been registered.