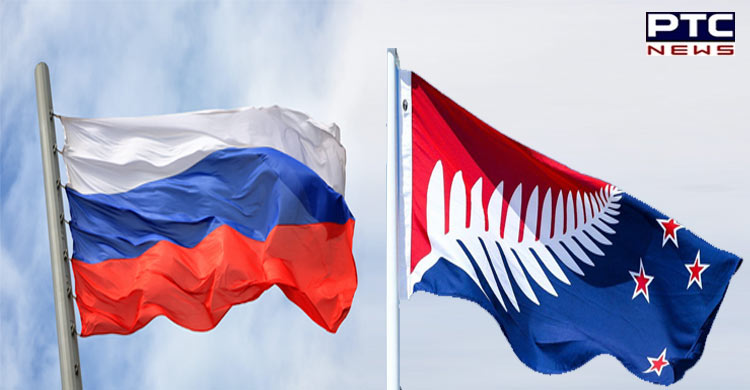 Moscow, July 30: The Russian Foreign Ministry said on Saturday it introduced sanctions against 32 New Zealand officials and journalists in a tit-for-tat move.

"In response to New Zealand government sanctions that apply to an increasing number of Russian citizens ... an additional 32 New Zealanders have been added to the national stop-list," the Russian Foreign Ministry said in a statement.

The new names include heads of municipalities, law enforcement agencies and journalists that "create a Russophobic agenda" in New Zealand, the ministry said.

"The designated individuals are prohibited entry to Russia on an indefinite basis," the statement read. The list is not conclusive and may be expanded in the future, the ministry said.

In April, Russia banned New Zealand's Prime Minister Jacinda Ardern and a host of politicians from entering its territory.