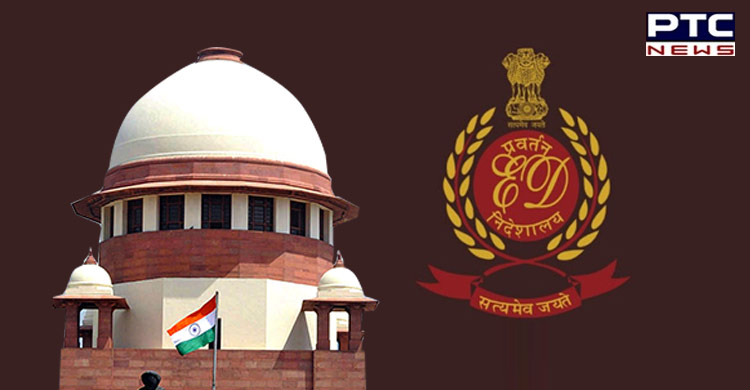 The judgement comes after the top court heard a batch of petitions challenging the constitutionality of various provisions of the Prevention of Money Laundering Act (PMLA).

A Supreme Court bench led by Justice AM Khanwilkar heard the petitions challenging the process of arrest, seizure and investigation carried out by the ED and seeking interpretation of provisions of the PMLA.

Earlier, on July 15, the Supreme Court said that its judgment on the pleas challenging the provisions of the Prevention of Money Laundering Act (PMLA) is "almost ready".

The pleas are concerned with the interpretation of the Prevention of Money Laundering Act, 2002.

The apex Court earlier reserved its order on petitions challenging certain provisions of the Prevention of Money Laundering Act (PMLA). Politician Karti Chidambaram and Mehbooba Mufti, a former chief minister of Jammu and Kashmir, were among the petitioners.

The batch of petitions raised multiple issues including one of the absences of procedure to commence investigation and summoning and the accused is not made aware of the contents of the Enforcement Case Information Report (ECIR).

Mehbooba Mufti had challenged constitutional vires of Section 50, and any incidental provisions of the PMLA 2002.

According to Section 50 of the PMLA, any individual may be summoned to provide testimony or provide evidence by the "authority," which are officers of the Enforcement Directorate. All people who have been summoned are obligated to answer questions and provide the documents sought by the ED officials; otherwise, they risk PMLA penalties.

However, the Center had provided data backing the constitutionality of the PMLA's provisions. The Center supported the PMLA amendments, asserting that money laundering threatens not only financial systems but also national integrity and sovereignty because it is carried out not just by corrupt businessmen like Vijay Mallya or Nirav Modi but also by terrorist organisations.

Farooq Abdullah, the former chief minister of Jammu and Kashmir, Sonia Gandhi, and Partha Chatterjee of the Trinamool Congress are three prominent names who are currently under the ED scanner.