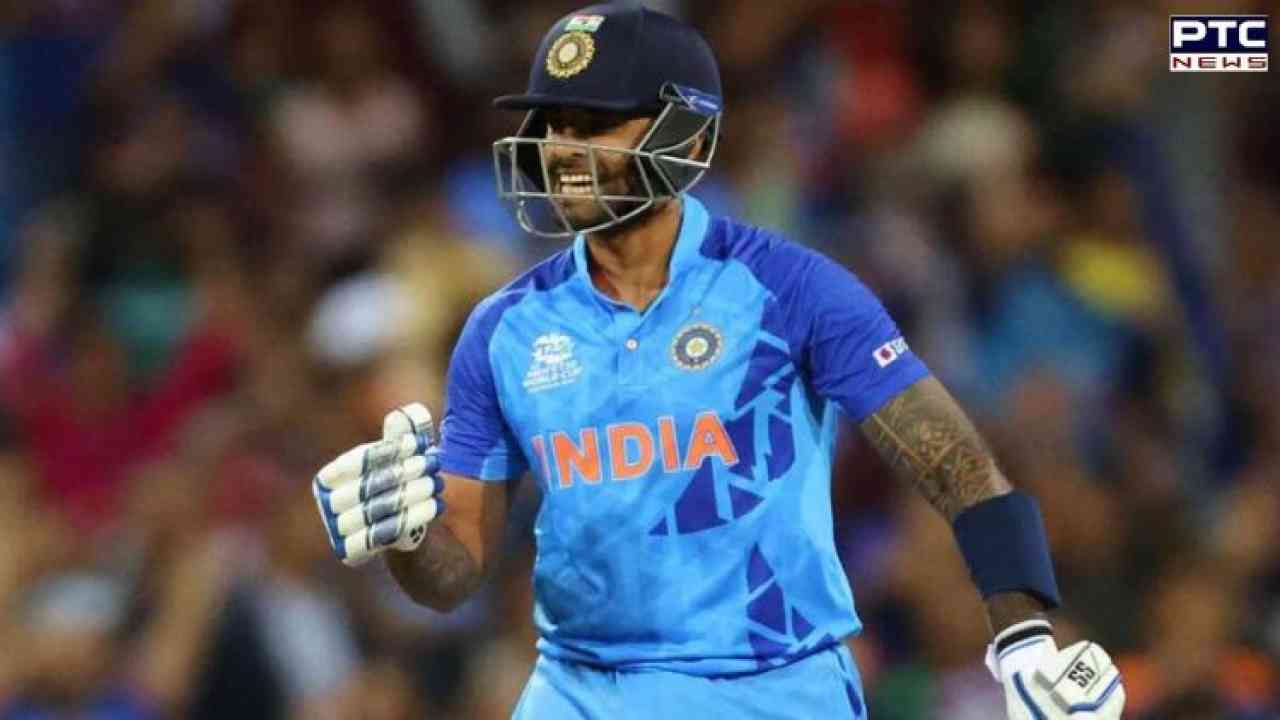 Melbourne, November 6: After playing a match-winning unbeaten knock of 61 runs against Zimbabwe, 'Man of the Match' Suryakumar Yadav said that he and Hardik Pandya started hitting the ball and never stopped as the star batter played till the end to post 186/5 in a tense situation.

Suryakumar Yadav played yet another breathtaking knock of an unbeaten 61 from 25 balls followed by superb bowling from the bowlers helped India bundle out Zimbabwe for 115 to clinch a 71-run win in their final Group 2, Super 12 match of the ongoing ICC T20 World Cup at Melbourne on Sunday.

Suryakumar's stunning knock was decorated with six fours and four sixes. India were three important wickets down when Surya and Hardik got together to build a 66-run partnership to take India over 180.

"I think the plan was very clear when me and Hardik were batting together. He said we should take a positive route and we started hitting the ball and never stopped. I think the atmosphere in the team is really nice and so is the build-up towards the knockout, really looking forward to that game," said Suryakumar Yadav in a post-match presentation.

India will play England in the second semifinal at the Adelaide Oval on Thursday.

Talking about the batting approach, the right-hander said, "My plan has always been clear, I do the same thing in the nets, I practise the same shots. I bat according to the situation and what the team needs. It feels really good, to be there (number 1 ranked T20I batter). You got to start from zero every time, that's what I think. It's good to see people come out, let's see how it goes in the next game."

Chasing 187, Zimbabwe never really looked like a threat. Except for a 60-run stand for the sixth wicket between Raza (34) and Ryan Burl  (35), Indian bowlers had all the control. Zimbabwe was bundled out for 115 runs in 17.2 overs and lost the match by 71 runs.

Spinner Ravichandran Ashwin (3/22) was the pick of the bowlers for India. Pacers Mohammad Shami and Hardik Pandya got two wickets each. Bhuvneshwar Kumar, Arshdeep Singh and Axar Patel got one wicket each.

Suryakumar Yadav was adjudged as 'Man of the Match' for his fine half-century.