India brought to halt the giant killing spree of Japan with a 1-0 win in the Sultan of Johor Cup Hockey Tournament on Tuesday. The win, third from as many matches, keeps India at the top of the table.

For Japan, it was first defeat in the tournament.Japan had beaten Australia  and Great Britain with identical 2-1 margins in earlier games.

India has beaten Malaysia 2-1 and New Zealand 7-1 in earlier games.

Japan today put up a stoic defence and brilliant fight against fast moving Indians. The all important goal came from a penalty corner when Mandeep Mor scored in 42nd minute.

Desperate to get equaliser, Japan went all out in the last five minutes and even earned a yellow card just before the final whistle. 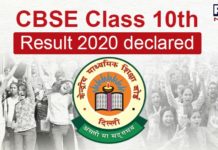 YAD asks CM to explain why two set of rules on...