Hardik scored in the closing stages as India defeated Great Britain 3-1 to reach the semi-finals of the Tokyo Olympics. The team will face Belgium in the semis. 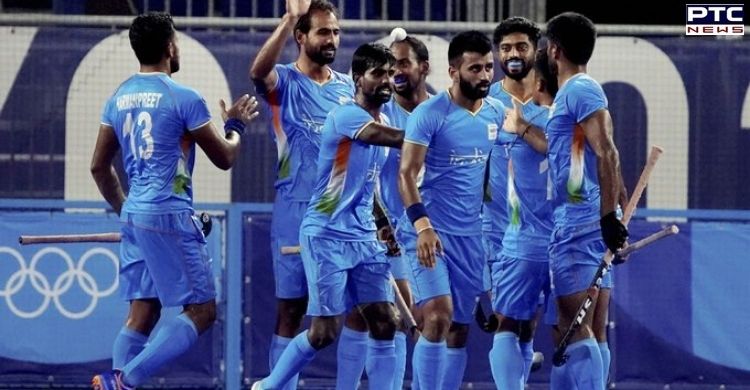 Hardik Singh smashed a spectacular goal during the 4th quarter of the match to help India take a 3-1 lead against Great Britain during the quarterfinals. 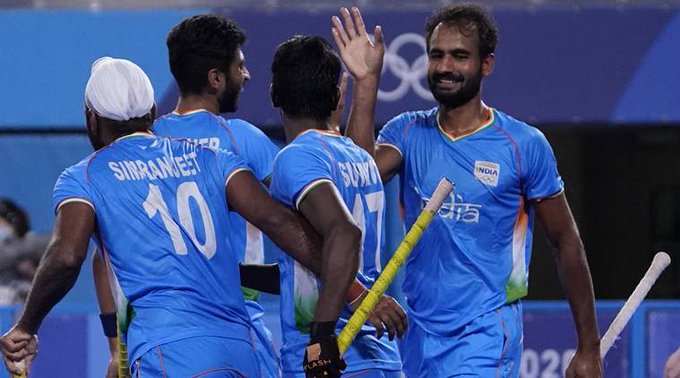 India suffered a blow when skipper Manpreet Singh received a yellow card in the dying minutes, but Hardik scored in the 57th minute to extend India's lead.

Dilpreet Singh got India off the mark early as he smashed a goal in the 7th minute of the match. Simranjeet stole the possession and passed through England's defenders to Dilpreet who gave India the lead. 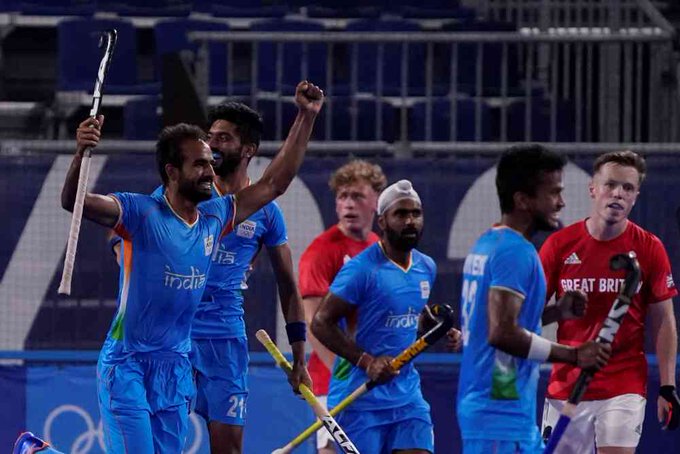 Gurjant Singh doubled the lead as he scored right at the start of the second quarter. India maintained the lead and went to the second half of the game with a score of 2-0. 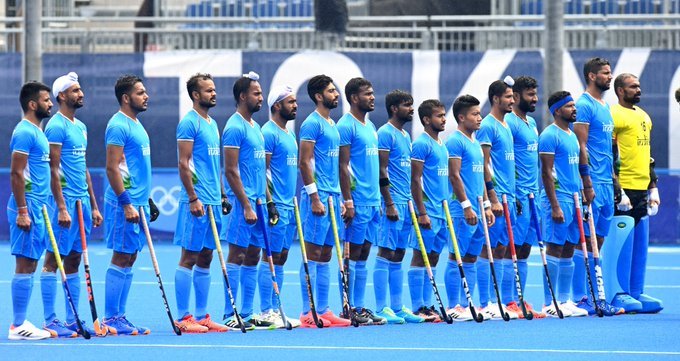 In the third quarter, Sam Ward gave Great Britain something to play as he scored a goal in the dying minutes of the 3rd quarter. Great Britain won three back-to-back penalty corners and finally converted the last one into the goal.

In the final quarter, Great Britain tried hard to score a goal after breaching the Indian defense but PR Sreejesh made a fine save to keep India on top.