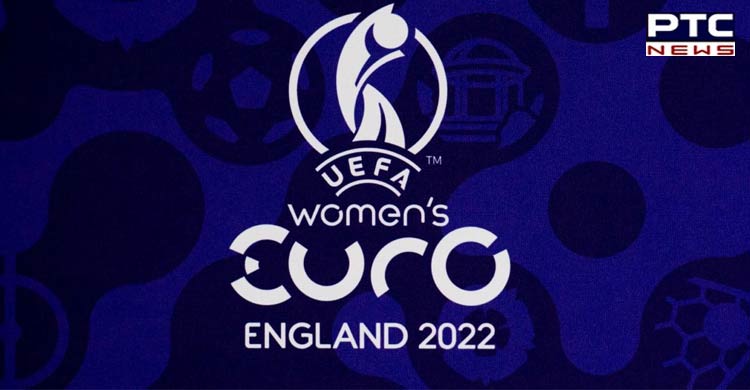 Sweden got the lead in the 21st minute when Filippa Angeldal tapped home from close range a corner from Jonna Andersson. She followed it with another goal in the 45th minute. C da Silva Costa made things 3-0 in favour of her opposition with a terrible own goal. Andersson's corner went near-post and Costa headed the ball past her own goalkeeper.
With a penalty in the 54th minute, Kosovare Asllani scored the fourth goal for Sweden. Stina Blackstenius delivered the final nail in the coffin of Portugal by netting another goal in the extra time, making it 5-0.

Sweden will face either Iceland, Belgium or Italy in the third quarter-final on Friday.
In the other Group C game, the Netherlands set up their quarterfinal clash against France after thrashing Switzerland 4-1 in their Group C tie on Sunday.

With this loss, Switzerland is out of the tournament.

Switzerland was in the control in the opening 10 minutes and moved well. Sandy Maendly almost gave Swiss the upper hand but goalkeeper Daphne van Domselaar made a brilliant save.

The Netherlands also had some close chances in the first 30 minutes of the game. On the other hand, the Swiss continued with some good gameplay and kept creating chances, with Geraldine Reutler and Ramona Bachmann coming really close to scoring.

The first half was a goalless one. The Dutch took the lead in the 49th minute due to an unfortunate own goal by Ana-Maria Crnogorcevic who could not clear the corner and netted the ball into her own goal.

The Swiss responded quickly and made up for it with an equalizer in the 53rd minute by Reutler.

In the final few minutes of the game, Romee Leuchter (84th minute and 90+5) and Victoria Pelova (89th minute) scored some quick goals to make it 4-1 in favour of the Netherlands.
The Netherlands will take on France in the quarter-final next Friday at the New York Stadium in Rotherham.