Sikhs hold protest in Delhi against sealing of Gurudwara in Pakistan 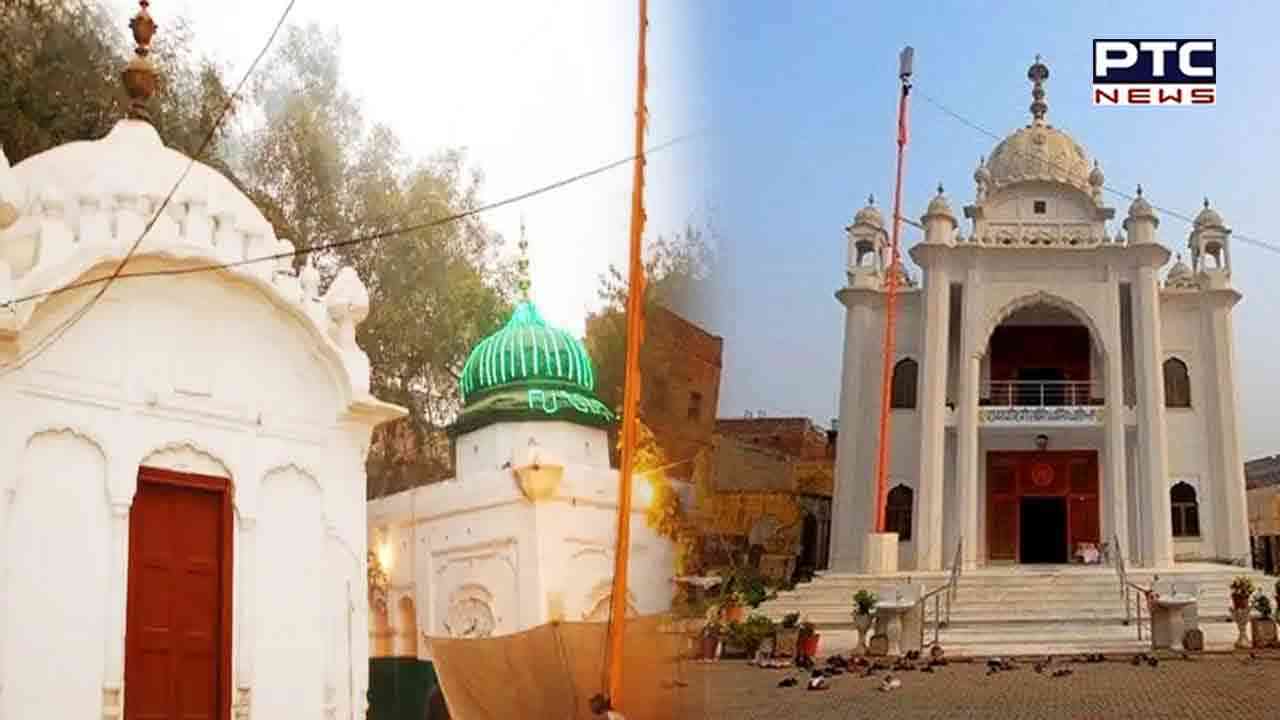 Sikhs hold protest in Delhi against sealing of Gurudwara in Pakistan

New Delhi, December 13: A large number of people from the Sikh community in New Delhi staged a protest on Tuesday over the act of sealing Gurudwara Shaheed Bhai Taru situated at Naulakha in Lahore in Pakistan.


Members of the main organiser group, Jag Aasra Guru Ott (JAGO) party along with several other angered Sikhs marched towards the Pakistan High Commission and submitted their memorandum to the officials.


Leading the protest at Teen Murti Chowk, Manjit Singh GK, President of Jag Aasra Guru Ott (JAGO) said, "The JAGO party and Sikhs of Delhi have come here to protest against the Pakistan government who have put the lock on the historical gurudwara of Shaheed Bhai Taru Singh. The land and property of Gurudwara have already been taken by the land mafia. The Pakistan government should remove that lock and hand over the keys to Sikh communities or the Pakistan Gurudwara Prabandhak committee."

The debate regarding the existence of the Gurdwara in Naulakha, Lahore, has raged for a long time.

Previously the Sikh community were not allowed to observe the anniversary of Shaheed Bhai Taru Singh at his Samadhi under the pressure of a local hardline Muslim group who claimed ownership rights of the land of the Samadhi.

Once again, land sharks in Lahore attempted to seize the Gurudwara's property, causing unrest between the local Sikh and Muslim communities.

It is ironic that on one hand, Pakistan tries to portray itself as a tolerant state by opening the Gurudwara at Kartarpur, while on the other, the ruling dispensation under the pressure of mafias is sealing several religious places of minorities, escalating the tension between the majority Muslim community and other religious groups.

As per the Nehru-Liaquat agreement of 1950, both the governments of India and Pakistan solemnly agreed to the safety and security of the minorities living in the respective countries, their places of worship, and other properties.

However, the minorities living in the Islamic Republic continue to suffer as Pakistan has completely failed to honour the decisions both sides had agreed upon.