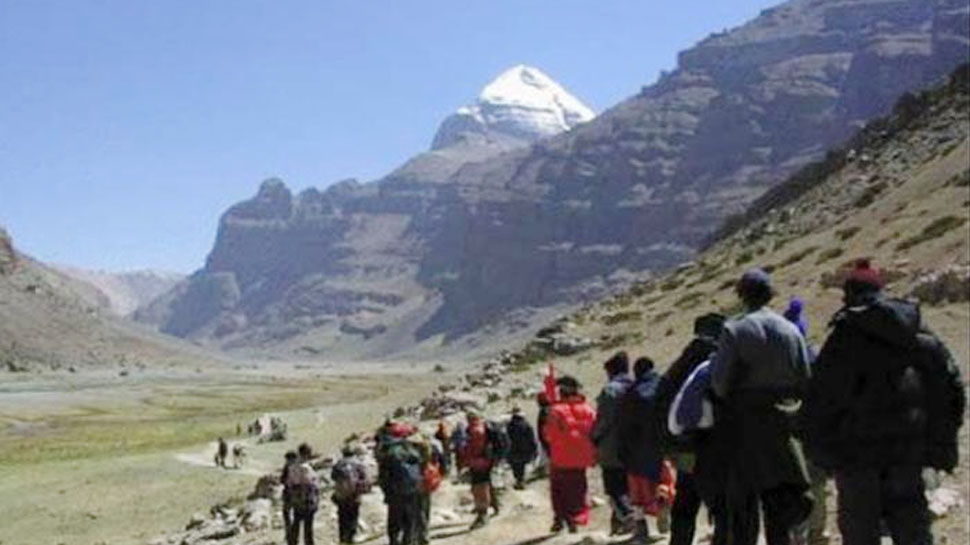 Over 250 Indian pilgrims were evacuated from Nepal's mountainous Hilsa region on wednesday, as authorities stepped up efforts to rescue those stranded there due to heavy rain while returning from the Kailash Mansarovar pilgrimage in Tibet.

Another 336 Indians were moved from Simikot to Surkhet and Nepalganj, an Indian Embassy official said.

The mission was monitoring the situation in the Nepalganj-Simikot-Hilsa sector and taking all possible measures to evacuate all stranded Indian nationals and Indian-origin people from the area.

"On the Hilsa-Simikot sector, helicopters made 50 sorties evacuating 250 people from Hilsa," the official said.

He said there are now 350 people stranded in Hilsa and 643 people in Simikot. No casualty was reported wednesday, the official added.

"Today, 17 flights, three Nepal Army choppers and one chartered small chopper operated during the day, evacuating 336 Indians from Simikot to Surkhet and Nepalganj," the official said on wednesday.

All people evacuated to Surkhet were provided buses to go to Nepalganj, a fairly big city with all modern facilities and three hours road connectivity to Lucknow.

Tuesday, around 250 of the over 1,500 Indian pilgrims were evacuated from Hilsa near Tibet border. A total of 158 people were evacuated yesterday from Simikot to Nepalganj, bordering India.

"With a view to expediting the evacuation process, the embassy is also exploring the possibility of hiring chartered helicopters and operating them on various evacuation routes subject to weather condition and willingness/ability of carrier to ply on these routes," the Indian embassy said in a statement.

The embassy has set up a hotline for pilgrims and their family members, which also comprises other language speaking staff for Tamil, Telugu, Kannada and Malayalam speakers.

One pilgrim had died on July 1 due to high altitude sickness in Simikot. Another person died in Tibet on Monday after suffering a heart attack, the official said.

Their bodies were brought by special helicopters to Kathmandu and Nepalganj respectively.

Tenzin Norbu Lama, the managing director of Sunny Travels and Treks, one of the major tour operators handling the Kailash Mansarovar Yatra, said Indian pilgrims were stranded as the air transport links were cut off due to bad weather but there were no problems in food and accommodation.

"However, mountain areas lack proper medical facilities in the event of pilgrims suffering from altitude sickness due to their prolonged stay in the region," Lama was quoted as saying by the local media.

The pilgrimage to Kailash Mansarovar in Tibetan region of China is considered holy by Hindus, Buddhists and Jains. Every year, hundreds of Indians undertake the 'yatra' which involves trekking under inhospitable conditions. PTI

"Will give preference to underprivileged and empower every section of society": PM

"Will give preference to underprivileged and empower every section of society": PM

1 Pilot killed in the crash of Sukhoi, Mirage fighter jets near Gwalior