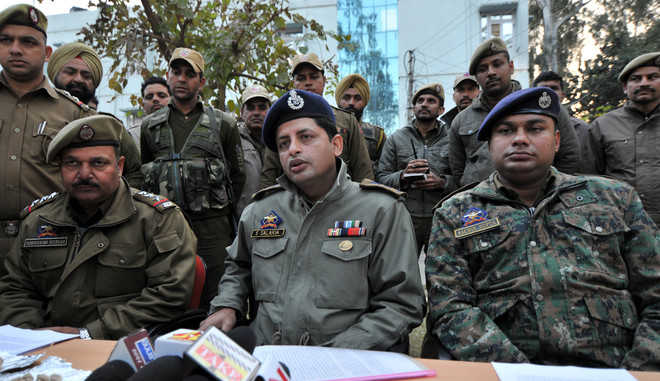 Three persons were arrested and 13 kg heroin and 20 kg poppy was seized from them in the, police said.

During a surprise inspection at the Traffic Check Post (TCP) Nagrota, a bus, which was coming from Srinagar to Jammu, was stopped for checking, a police official said.

During frisking of passengers, police seized eight packets of contraband heroin from 38-year-old Raja Kursheed, and 5 packets of heroin from Mohd Ashraf Khan (60), he said.

The market value of the drugs seized is about Rs 65 crore, the official said.

A case was registered and an investigation was underway, he added.

In another incident, police arrested a man and seized 20 kg poppy from him, the official said, a case was registered against him and an investigation was underway. PTI