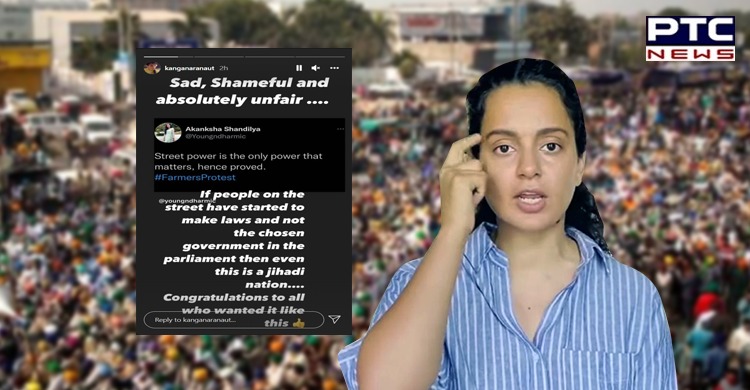 Farm laws repealed: After Prime Minister Narendra Modi announced the repealing of three farm laws, actor Kangana Ranaut expressed her views on the same, and it seems like she is disappointed over the government's decision.

Taking to her Instagram Story, Kangana Ranaut shared a netizen's post that read, "Street power is the only power that matters, hence proved. #farmersprotest." 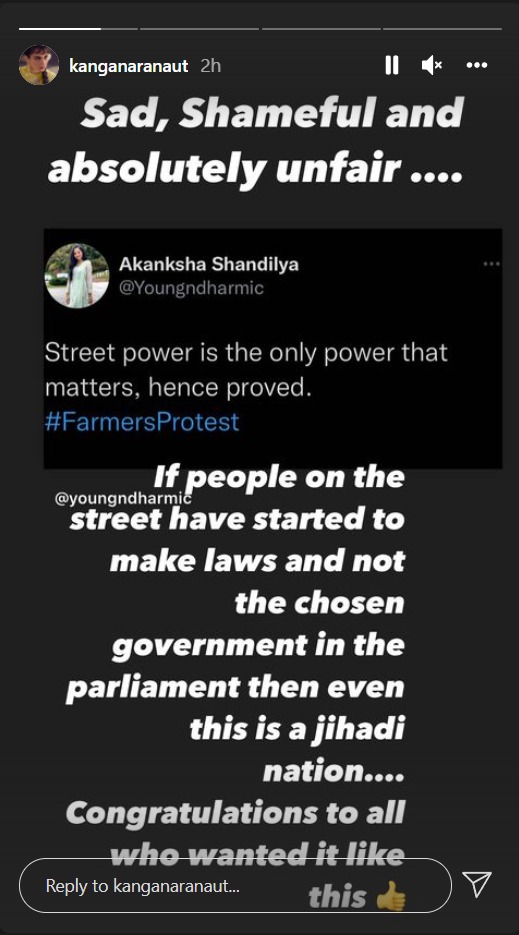 Reacting to the particular post, which was posted after PM Narendra Modi announced repeal of farm laws, Kangana Ranaut wrote, "Sad, shameful, absolutely unfair. If people on the streets have started to make laws and not the chosen government in the Parliament, then even this is a jihadi nation. Congratulations to all who wanted it like this." 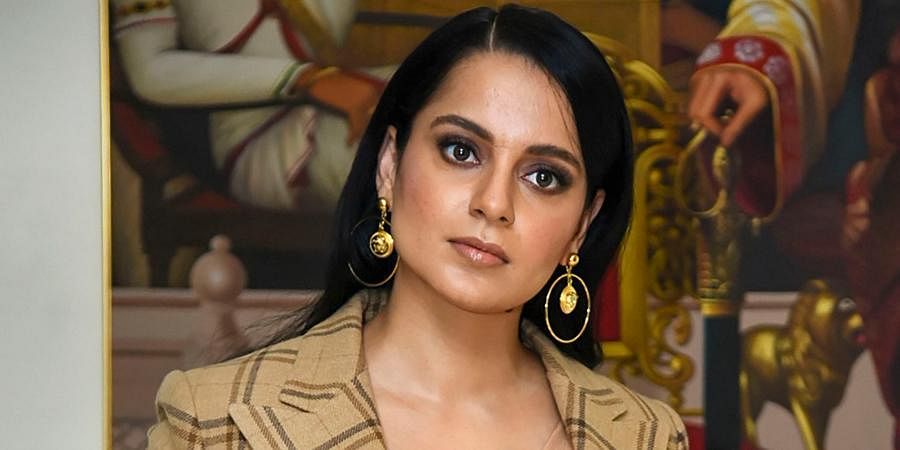 On the occasion of Gurpurab on Friday, Modi announced that his government would repeal the three farm laws passed by Parliament a year ago, which has led to massive protests by farmers unions in several states.

Farmers have been protesting the government's three farm laws since it had passed the Farmer's Produce Trade and Commerce (Promotion and Facilitation) Bill, 2020, and the Farmers (Empowerment and Protection) Agreement of Price Assurance and Farm Services Bill, 2020.