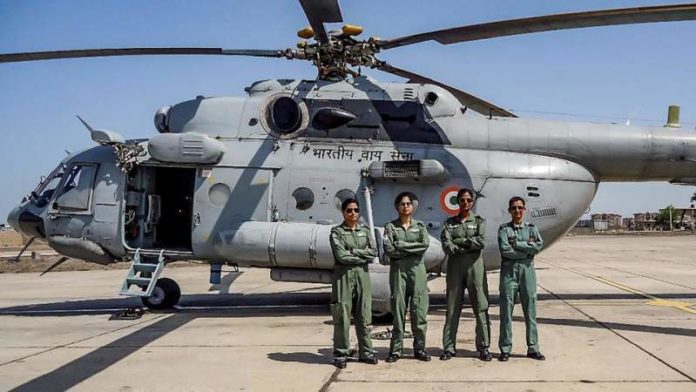 An all-woman crew on Monday flew a medium-lift helicopter for the first time in India, the Indian Air Force (IAF) said.

Captain of the crew Flight Lieutenant Bhardwaj hails from Mukerian in Punjab and is incidentally also the first woman pilot to fly the Mi-17 V5.