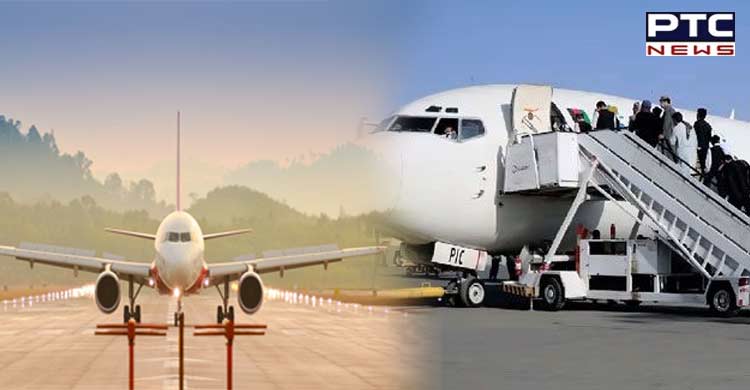 Kabul (Afghanistan), June 10: The flag carrier and largest airline of Afghanistan, Ariana Afghan Airlines said it will resume flights to India, China and Kuwait, on Thursday.

Rahmatullah Agha, the Head of Ariana Afghan Airlines, confirmed the news, according to Tolo News.

"We have discussed this in Dubai. God willing, flights will soon start to India, where there are a lot of goods ... and a number of our passengers are there for treatment. Our flights to India, China and Kuwait will soon start," he added.

The airline flies twice a week to Doha, Qatar, and the price of a ticket is unclear.

India is one of the major markets for Afghan agricultural and horticultural products. The Afghanistan Chamber of Agriculture and Livestock (ACAL) stated that with the start of flights between Kabul and Delhi, the country's exports will rise, according to Tolo News.

"India's market is a good opportunity for our ... agriculture sector, now here in Afghanistan it is the season of grapes, pomegranates, apricots, saffron, medicinal plants, we hope that our exports will increase to other countries through air corridors," Mirwais Hajizada, member of ACAL stated.

Meanwhile, the United States, in cooperation with the Qatari government, is indirectly paying Ariana Afghan Airlines to evacuate Afghan refugees from Kabul, reported NBC. However, the Ministry of Transport and Civil Aviation (MoTCA) stated that any passenger with a legal document can travel abroad, reported Tolo News.

"Flights happen based on timetables, anyone who has travel documents like a visa, passport and ticket can travel, if they are foreigners or Afghans, they can travel," Imamuddin Ahmadi, the spokesperson for the Ministry of Transport, remarked.