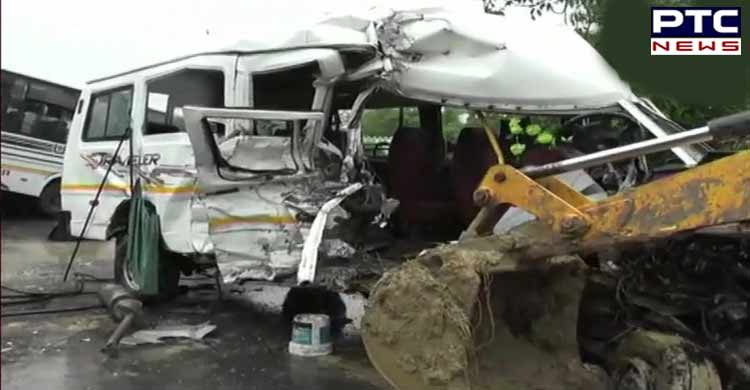 Assam: At least 10 people died and several others were injured in a collision between a bus and a tempo traveler on NH-37 in Demow, Sivasagar district on Monday. The injured are undergoing treatment in hospital.

The incident took place at around 8:35am, when the bus travelling from Golaghat to Dibrugarh collided with the tempo traveler coming from the opposite direction at Demow on National Highway 37. After the collision, both the vehicles fell into a roadside ditch. Rescue operations started soon after.

Uttarakhand: 7 passengers died as a boulder fell on their bus at Lambagad slide zone on Badrinath Highway

Most of the deceased were travelling in the tempo. The injured were rushed to Demow primary health centre and 15 were referred to Assam Medical College hospital in Dibrugarh.