Sanjay Leela Bhansali’s Padmavati has created a buzz before its release unlike major films this one is getting a lot of negative comments and publicity from across the nation. And the trouble seems to be only growing so much so that Deepika Padukone has been given security.

After Rajput Karni Sena threatened to chop off Deepika Padukone’s nose, another Rajput organisation has announced to offer Rs. 5 crore to whoever beheads Sanjay Leela Bhansali and Deepika Padukone.

“Anyone who brings the head of Sanjay Leela Bhansali and Deepika Padukone will be rewarded with Rs 5 crore. Rani Ma Padmavati had sacrificed her life with 12,000 other women in mass immolation (Jauhar), and Bhansali has raised a question on her courage by showing her in bad light in his film. This is unacceptable. Either both of them should leave the country or get ready to be beheaded,” said Thakur Abhishek Som, national president of Akhil Bharatiya Kshatriya Yuva Mahasabha.

“Some members of the Thakur community who hold important positions in the state may not be protesting against Padmavati, but a large number of others will fight for the honour of Rani Ma Padmavati. Bhansali must re-read history to know the real facts about her,” he added.

He says they are not scared of anything, not even death.

“I am not afraid of police action and I am ready to sacrifice my life for this cause. No one will be able to protect Bhansali and Padukone.”

Meanwhile, the movie is slated to hit the screens on Dec. 1. 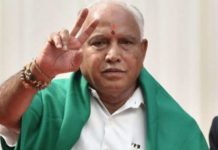 Fifth round of military-level talks between India, China today; focus on disengagement in Finger area