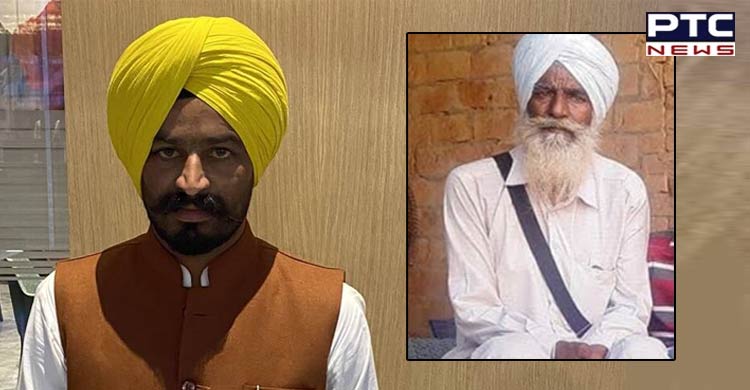 Bhadaur, September 27: AAP MLA Labh Singh Ugoke's father Darshan Singh passed away on Tuesday . He was admitted to DMC Hospital in Ludhiana following a ‘suicide attempt’, which was later denied by family.

Recently father of AAP MLA was revealed to have taken poisonous medicine due to a domestic dispute, but after that Labh Singh Ugoke called it a rumor and said that his father accidentally took some medicine or poisonous substance due to which he fell critically ill.

On September 22, MLA Labh Singh Ugoke's father was referred to DMC Hospital Ludhiana after being admitted to a local hospital. Meanwhile, various types of news were being circulated on social media.

At that time, there was news on social media about MLA's father swallowing poison, on the contrary, the Aam Aadmi Party workers who came with MLA's father said that he had not swallowed any poison and his health was deteriorating for a long time.