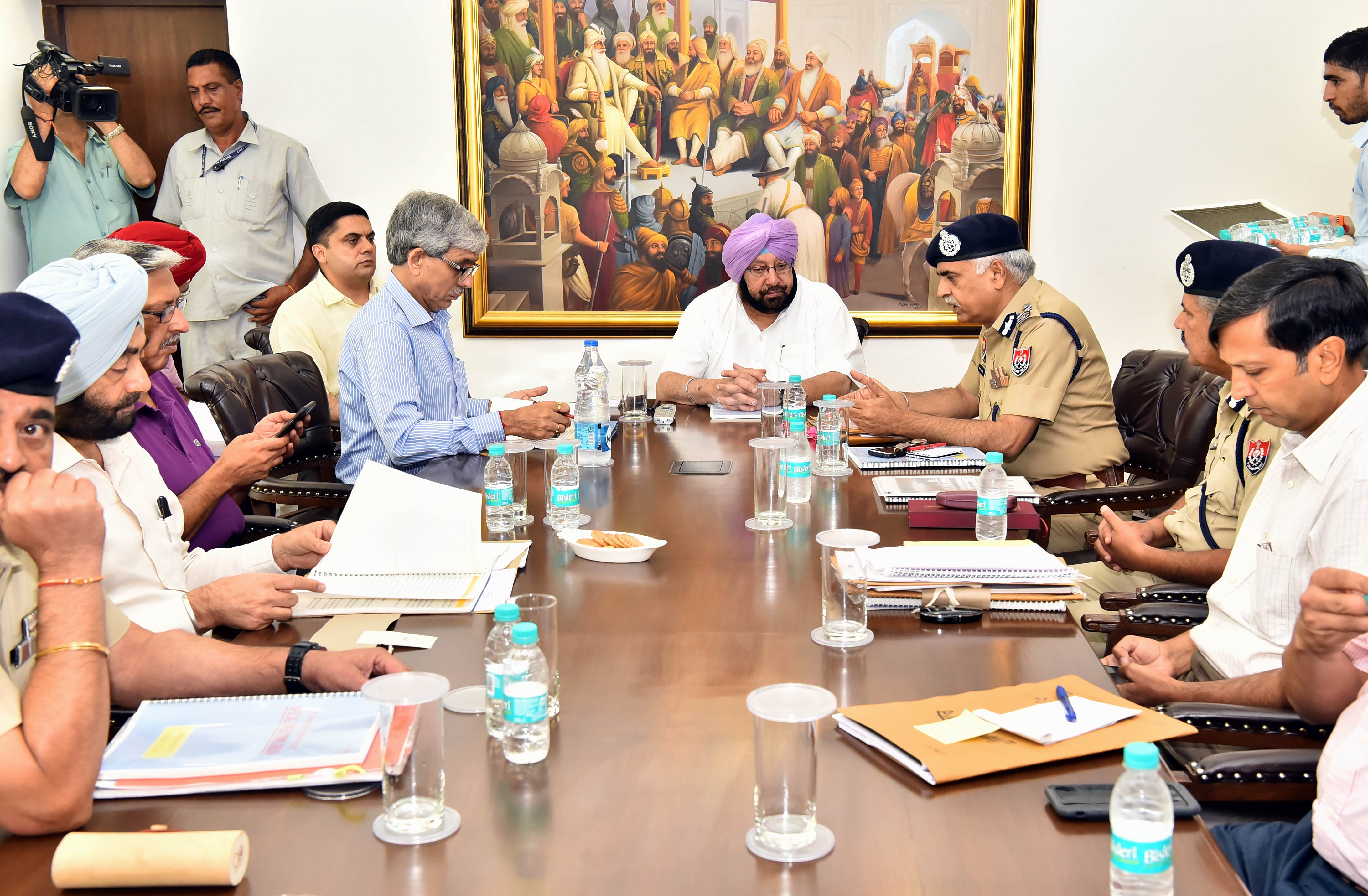 Chandigarh: Punjab Chief Minister Captain Amarinder Singh on Thursday approved, in principle, the proposal of the state police to set up an elite specially trained Special Protection Group (SPG), with a clear mandate to neutralise armed aggressors, and to combat terrorism, infiltration, hijacking, hostage-taking and other sensitive threat situations.

The contours of the proposed SPG, a “small but effective” 270-member young and dynamic team, were discussed at a meeting chaired by the chief minister. An official spokesperson said the chief minister had also suggested that a small core team from the SPG could be sent to Israel for the latest and state-of-the-art counter insurgency training.

The spokesperson said a formal proposal for setting up the SPG would be placed in the next cabinet meeting. According to the proposal discussed at today’s meeting, the SPG would be headed by an ADGP rank official with an IG and a DIG rank officer to assist him.

The SPG would be divided into three teams, headed by a SP rank officer (team leader) who would be of less than 35 years of age. The DSP rank officers in the team would be younger than 30 years and ORs would be in the age group of 18-25 years, the spokesperson said.
These teams would specialize in tackling different situations and would be trained both by the army and the NSG. The meeting agreed to the chief minister’s suggestion that a core unit of the team could also undergo specialised training in Israel.

Captain Amarinder directed that the process to identify officers and personnel for the SPG, who would be drawn from various police departments, should commence immediately. The CM also suggested that once the SPG takes shape all other specialised units like commandoes and SWAT should be merged with it.

The spokesperson said that in order to attract the best talent, personnel and officers who join the SPG would be paid higher risk, ration and other allowances, besides being given an insurance cover of Rs one crore each. Captain Amarinder emphasized that all SPG members should be given a good medical insurance also.

The meeting noted Punjab’s history of terrorism, as well as its long and porous borders, to stress the need for setting up such a force on priority. Officials participating in the discussion cited the recent arrests of suspects with terror links and recovery of arms and explosives, and said the SPG would have a clear mandate to neutralize armed aggressors and to respond to fidayeen attacks, armed infiltration, hostage situations, hijacking and assault on vital installations.

The meeting was informed that the team would be armed with latest weapons, including LMGs and MP5 sub machineguns and sniper rifles. While discussing the weapons, Capt. Amarinder Singh suggested that the force be armed with better calibre snipper riffles for precision shooting and asked the DGP, Suresh Arora, to find out the best available options.
The spokesperson said that physical fitness and mental agility would be considered along with marksmanship in the selection of the men in the SPG. Once selected, the men would be required to undergo three months of probation for intensive training. The Chief Minister was briefed that the force would have a recurring expenditure of Rs. 5.7 crores a year, which amounts to less than Rs 50 lakhs a month.