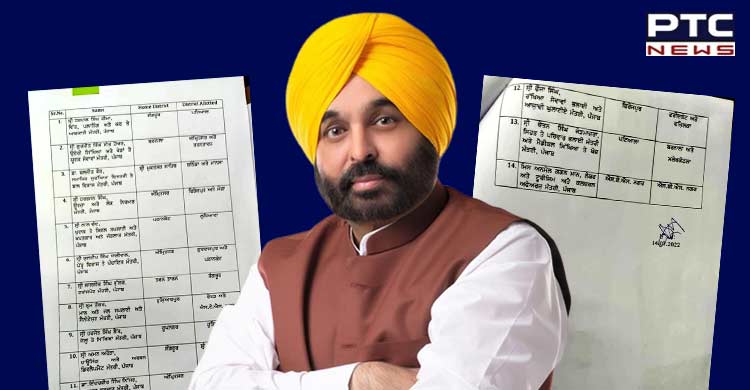 Chandigarh: Punjab Chief Minister Bhagwant Mann has allotted districts to Cabinet Ministers to monitor the ongoing issues and development works in various districts so that the common people get the benefit of public welfare schemes. Bhagwant Mann has given information about this through tweet.

He tweeted, "Common people get the benefits of public welfare schemes.. solving every small and big problem as well as speeding up the ongoing development works in the constituencies.. All the cabinet to review the new projects. Assigned the responsibility of different districts to colleagues..(translated from punjab(sic)) 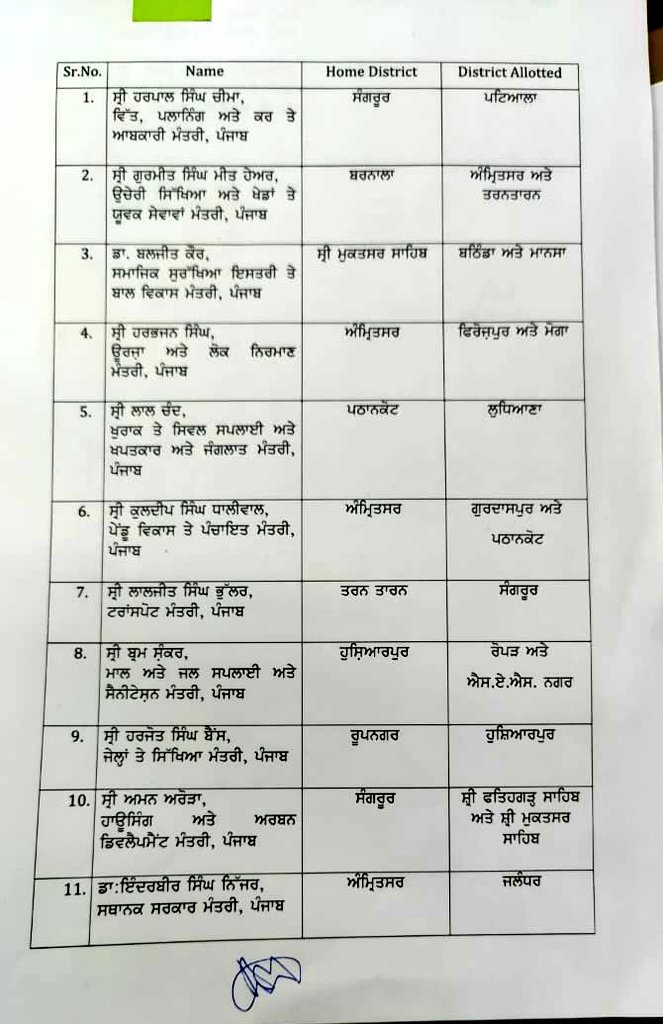 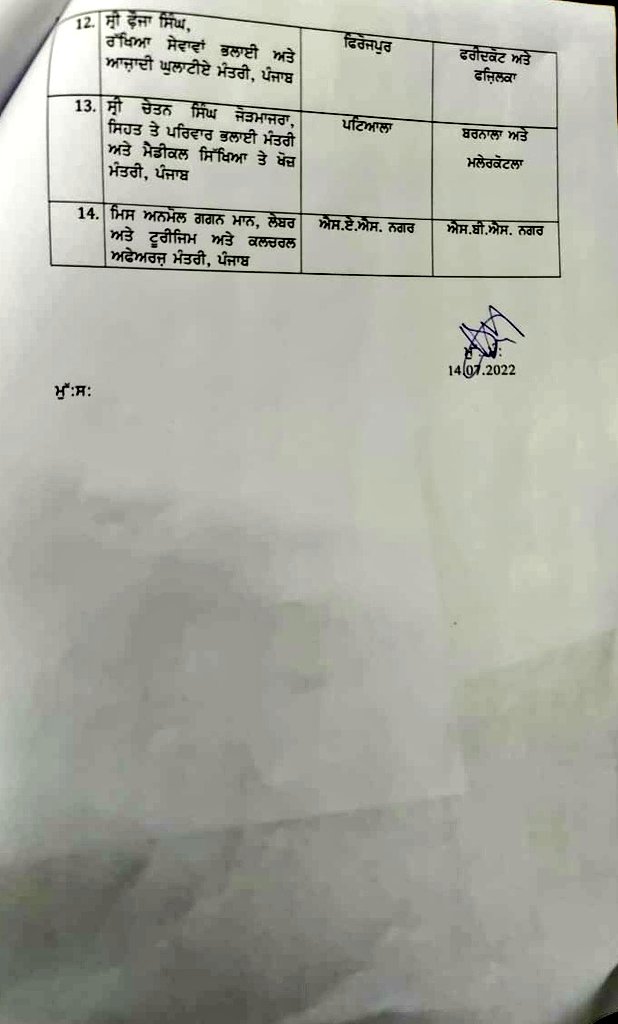 In order to ensure effective monitoring of the pro-people welfare schemes and ongoing development works in the state, the Punjab Chief Minister Bhagwant Mann has allotted various districts to the Cabinet Ministers.

Stating this here today, the Chief Minister said that these Ministers will be overseeing the development of these districts besides ensuring that benefits of the people centric and growth oriented government schemes are percolated to people. He said that these Ministers will also ensure prompt redressal of the grievances of people along with giving impetus to development in these districts. Bhagwant Mann said that his government is committed for well being of the people and progress of the state adding that no stone is being left unturned for it.