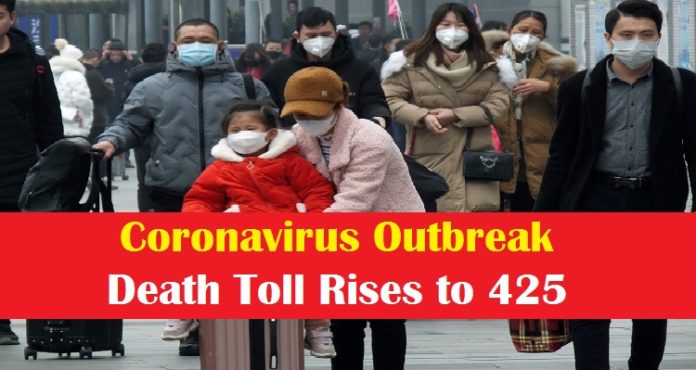 Meanwhile, the health commission also stated that 5,072 new suspected cases were reported on Monday. Among these patients, 492 have been reported seriously ill. The commission also added that 2,788 patients remained in severe condition while 23,214 people are said to be infected with the virus so far.

The state-run Xinhua news agency reported that 632 people had been discharged from hospital after recovery. Meanwhile, 15 confirmed cases were reported in Hong Kong, eight in the Macao and 10 in Taiwan. Also, Philippines witnessed the first overseas death from coronavirus while 148 cases were reported from abroad.

Meanwhile, India has reported three confirmed cases of coronavirus in Kerala. All the three patients had recently  returned from the affected Wuhan city. 647 Indians and seven Maldivians have been evacuated from Wuhan and Hubei. On Monday, China opened a 1,000-bed makeshift hospital built in record time in Wuhan city. Also, China is set to open another 1,300-bed hospital next to it on Wednesday.