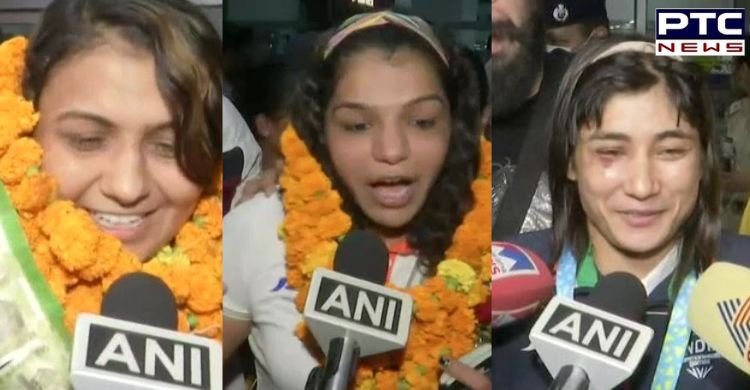 New Delhi, August 9: The Indian wrestlers Sakshi Malik, Pooja Sihag, and Pooja Gehlot arrived at the airport on Tuesday to cheers, dhols, and Nagada after winning medals at the recently finished Commonwealth Games in Birmingham.

A large crowd had gathered outside the airport in Delhi as the Indian team recorded some historic victories at the tournament.

The star Indian wrestler Sakshi Malik, after her feat, thanked the nation for their support and love.

"It is a great feeling and I am very happy as this is my first big medal after the Olympics. I would like to give credit to India who gave me all the support and love. I feel very proud," said Malik on clinching the gold medal at CWG 2022.

Meanwhile, bronze medallist Pooja Gehlot thanked the people of the country as she expressed her joyous feelings.

"Winning a medal for the country is the feeling. I give credit to every Indian," said Wrestler Pooja Gehlot said.

The splendid closing ceremony for the Commonwealth Games 2022 took place on Monday at Birmingham's Alexander Stadium.