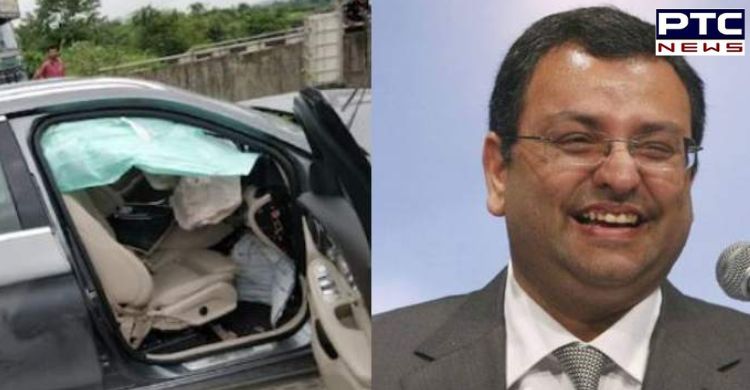 Palghar (Maharashtra), September 6: After the untimely death of industrialist and former Tata Sons chairman Cyrus Mistry, Police asked the car manufacturer company why the airbags in the ill-fated SUV did not open at the time of the accident.

Palghar Police asked several questions to the car manufacturer company like - "Why do not the airbags open? Was there any mechanical fault in the vehicle? What was the brake fluid of the car? What was the tire pressure?"

Police further stated that these vehicles come out of the plant only after proper testing. "In such a situation, what is the report of the collision impact on the manufacturer's investigation? Was the steering locked after the collision?" Police further inquired.

The team from the manufacturer will provide the answers to all of these questions in their report.

The car manufacturing company has reportedly informed the Palghar police that the data recorder chip of the vehicle will be sent to Germany for decoding. After the decoding from Germany, detailed information about the SUV will be made available to the police.

Even though it may take several days in this process, detailed information about the vehicle will be available after the decoding of the data recorder.

There will be information such as how the brake, airbag, and other machinery worked. The car's speed at the time of the accident will also be known.

According to sources, Cyrus Mistry and others left Udvada at 1:25 p.m. on Sunday, and the accident occurred around 2:28 p.m. They travelled approximately 60 to 65 kilometres in 1 hour and 2 minutes.

Police are investigating whether they stopped somewhere along the way or were moving at a high speed in the middle.