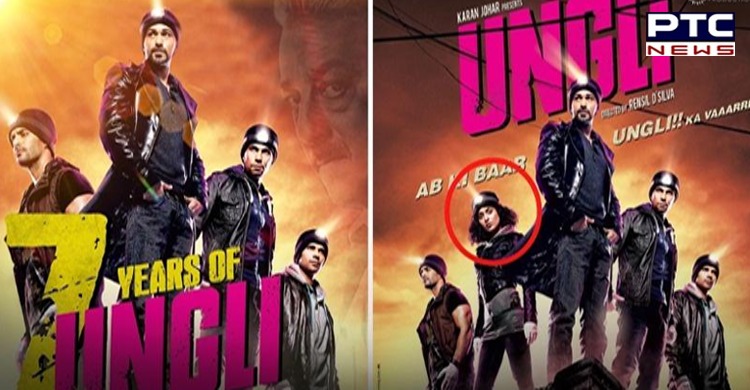 As 'Ungli' completed seven years of release, Dharma Productions recently tweeted a poster of the movie. However, the 'Ungli' poster has been digitally altered to remove Kangana Ranaut from it, show a tweet by Dharma Productions.

"Y'all really...cropped out Kangana, have some shame KJo," a Twitter user wrote, while another comment read, "Kangana hate is so visible."

The actress indifferences with Karan began in 2017 when she hit the headlines calling filmmaker Karan Johar "intolerant" towards outsiders and a "flagbearer of nepotism" who only backed industry kids, on his popular chat show 'Koffee With Karan'.