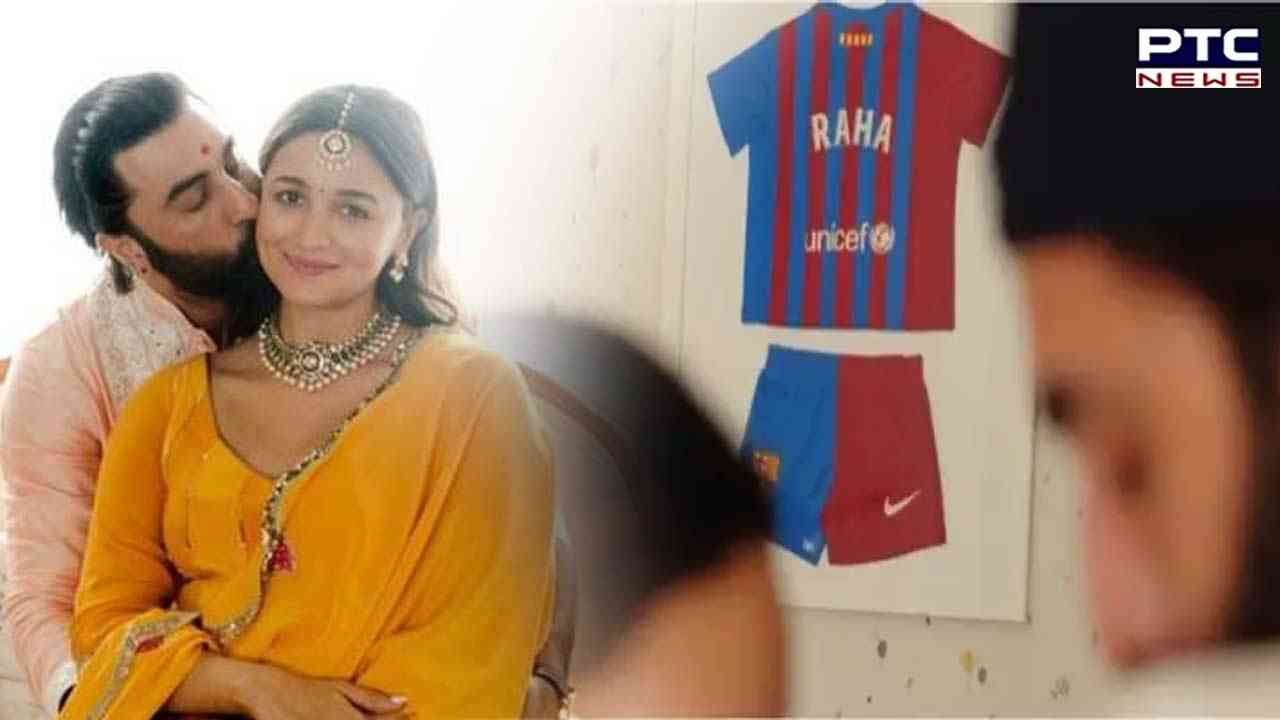 Mumbai (Maharashtra), November 24: Alia Bhatt has finally revealed the name of her baby girl. Alia and Ranbir, who welcomed their first child on November 6, named their little angel 'Raha.'

Alia took to Instagram to share a photo of herself and Ranbir holding the newborn, with a small football jersey that read "Raha" hanging on the wall.

Alia shared the importance of the name and wrote, "The name Raha (chosen by her wise and wonderful Dadi) has so many beautiful meanings... Raha, in its purest form means divine path

in Swahili she is Joy, In Sanskrit, Raha is a clan, In Bangla - rest, comfort, relief, in Arabic peace, it also means happiness, freedom & bliss. And true to her name, from the first moment we held her - we felt it ALL!"

"Thank you Raha, for bringing our family to life, it feels as though our lives have only just begun," Alia added.

On the work front, Alia was recently seen in the sci-fi action film 'Brahmastra: Part 1- Shiva' which gathered massive responses from the audience.

She will be next seen in director Karan Johar's 'Rocky aur Rani Ki Prem Kahani' alongside Ranveer Singh, Dharmendra and Jaya Bachchan.

Ranbir, on the other hand, will be next seen in director Luv Ranjan's next untitled romantic comedy film alongside Shraddha Kapoor and in director Sandeep Reddy Vanga's gangster drama film 'Animal' alongside Rashmika Mandanna, Anil Kapoor and Bobby Deol.