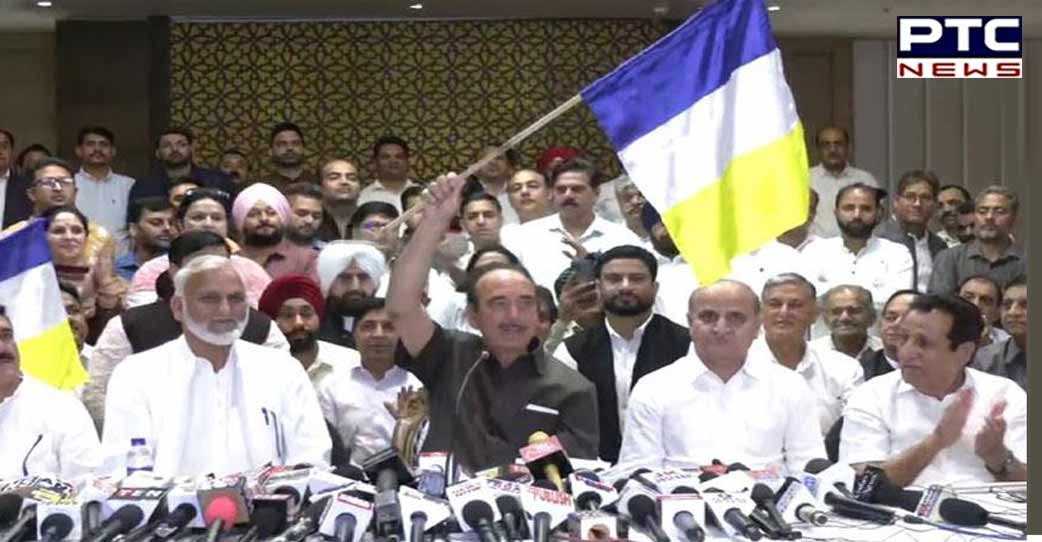 Srinagar , September 26 : A month after breaking ties with the Congress, former Jammu and Kashmir Chief Minister Ghulam Nabi Azad unveiled his new political outfit named 'Democratic Azad Party' in Jammu.  Ghulam Nabi Azad said in the event that there will be “no age bar” in his party. "Youth and veterans would co-exist in the party," he underlined. Azad had ended his decades long association with the Congress on August 26.

Earlier, Azad, in his first public meeting in Jammu after quitting Congress, had announced to launch of his own political outfit that will focus on the restoration of full statehood.

"My party will focus on the restoration of full statehood, right to land, and employment to native domicile," he added then.

Azad said that the first unit of his political outfit would be formed in Jammu and Kashmir in view of impending assembly polls.

"My party will focus on the restoration of full statehood, right to land, and employment to native domicile," he added. 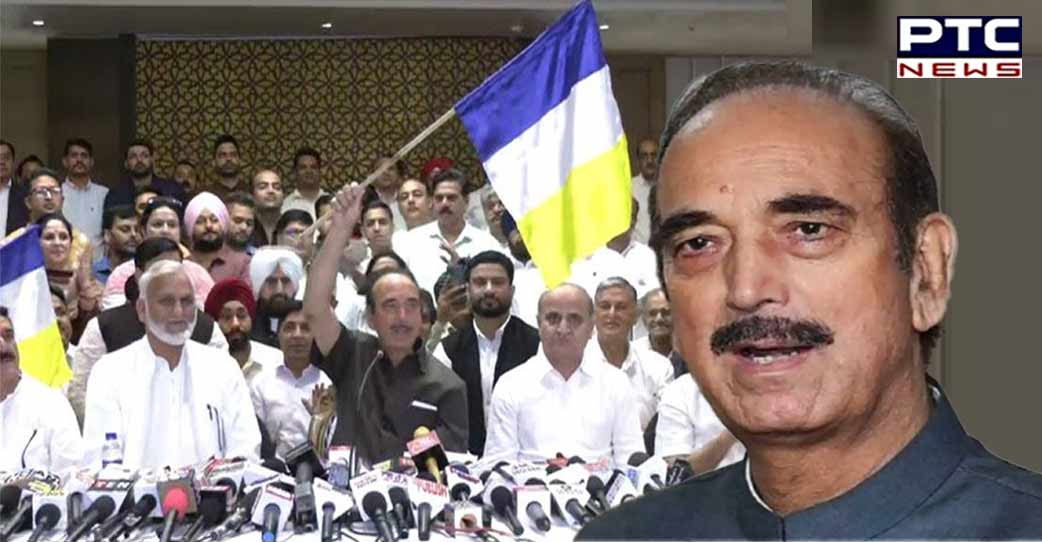 He lashed out at Congress and said that people are trying to defame us (me and my supporters who left the party) but their reach is limited to computer tweets.

Criticising the party, Azad said, "Congress was made by us by our blood, not by computers, not by Twitter. People are trying to defame us but their reach is limited to computers and tweets. That is the reason Congress is nowhere to be seen on the ground."

Taking a jibe at Congress, Azad said that people from Congress now go to jail in buses, call DGP or Commissioners, get their names written, and leave within an hour. This is the reason Congress has been unable to grow.

Azad resigned from the all-party post last week. Notably, he has been Chief Minister of J-K from 2005 to 2008.

In his resignation letter to Sonia Gandhi, he had targeted party leadership, particularly Rahul Gandhi, over the way the party has been run in the past nearly nine years.

In the hard-hitting five-page letter, Azad had claimed that a coterie runs the party while Sonia Gandhi was just "a nominal head" and all the major decisions were taken by "Rahul Gandhi or rather worse his security guards and PAs".

Azad had said he was submitting his resignation with "great regret and an extremely leaden heart" and severing his 50-year association with the Congress. He was earlier Leader of Opposition in Rajya Sabha.

Recounting his long association with the Congress, Azad had said the situation in the party has reached a point of "no return."

While Azad took potshots at Sonia Gandhi in the letter, his sharpest attack was on Rahul Gandhi and he described the Wayand MP as a "non-serious individual" and "immature".

Political stability key factor in nation's development and India is in a better position: President Murmu