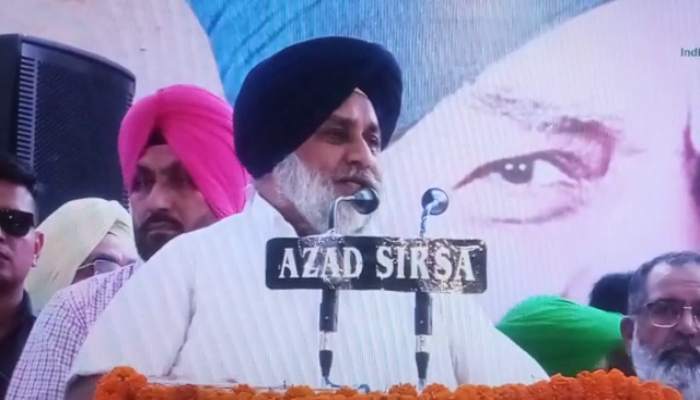 Speaking at the INLD rally attended by several opposition leaders, Shiromani Akali Dal Supremo Sukhbir Singh Badal said his party along with the Shiv Sena and the JD(U) are the “real NDA” as they had founded the alliance.

He said it is the time for “all like-minded parties to unite under the flag of farmers and labourers and work for their welfare”.

Talking about National Democratic Alliance (NDA), Badal said the alliance was formed when BJP was relatively a weaker force.

“The real NDA is sitting here, it was founded by Shiv Sena, Akali Dal and JD(U). We stood by BJP when it was a relatively smaller party. But now it is time to forge an alliance for farmers and labourers,” Badal said.

Badal also attacked AAP and said such parties destroy the entire state machinery when they come to power.