How logical is it that a 5-star can't serve liquor, asks BJP MP 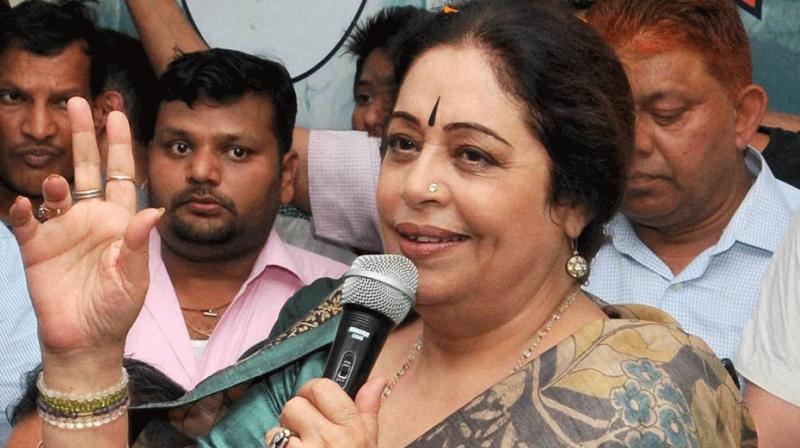 Chandigarh: BJP MP Kirron Kher on Monday asked how logical it was that a hotel with a five-star rating cannot serve liquor as she came out in support of hoteliers hit hard by a Supreme Court order banning the sale of liquor along highways.

"How logical is it that you can't serve liquor in a five-star hotel. Why have you given it five-star rating? Why has it been given permissions for that place?" Kher asked asserting that the hotel industry was a major job provider.

It is a question of "more than a million jobs" all over the country, she said.

Speaking about Chandigarh, her Lok Sabha constituency, Kher said the local youth got employment in the five-star hotels like the Taj or the Marriot, which are among those affected by the order.

Raising a question about road safety, Kher asked who would keep an eye on the habitual drinkers among truck drivers, who may choose to carry liquor bottles as they drive.

"Those truckers who drive drunk, will fill up bottles in their trucks and drive on highways. Who is going to stop them? So, we need to think over it," Kher said.

According to an office bearer of the Chandigarh Hotel and Restaurant association, as many as 95 bars will be affected by the Supreme Court order and several hotels and restaurants located in sectors 26, 7, 35 and 17 in the city will go dry.

He claimed that it could affect the jobs of up to 10,000 people employed in these bars, hotels and restaurants.

A famous watering hole in the 'city beautiful', the Chandigarh Press Club in Sector 27 has also stopped serving drinks as it falls within 500 meters of Madhya Marg, a state highway.

The Supreme Court had in a recent order held that liquor vends within 500 metres of national and state highways will have to shut down from April 1 while giving exemptions to hill states like Sikkim, Meghalaya and Himachal Pradesh and areas having a population up to 20,000.

For Himachal Pradesh and areas which are alongside major roads with a population up to 20,000, there may be liquor vends at a distance of 220 metres from the highways, according to the order.