India will put an end to single use plastic: PM Narendra Modi in Uttar Pradesh 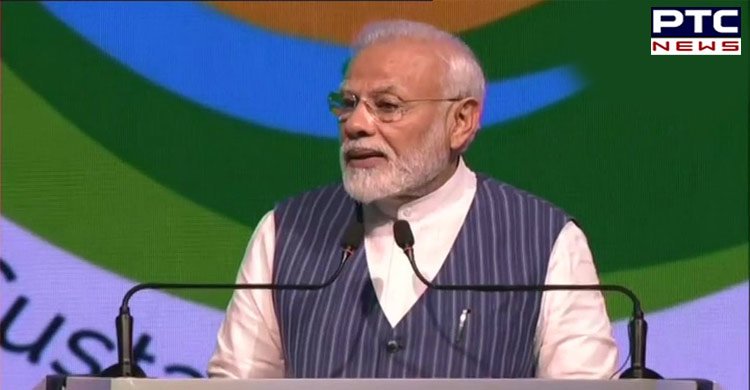 While talking about the climar he said, "Climate and environment impact both biodiversity and land. It's widely accepted that world is facing negative impact of climate change. It is also leading to land degradation be it due to rise in sea levels and wave action, erratic rainfall and storms, and sand storms caused by hot temperatures."

Adding on, he said "When we address degraded lands, we also address water scarcity. Augmenting water supply, enhancing water recharge, slowing down water run-off and retaining moisture in the soil are all parts of a holistic land and water strategy." While talking about no use of plastic he said, "My government has announced that India will put an end to single use plastic in the coming years. I believe the time has come for even the world to say good-bye to single use plastic."

Likewise, PM Modi said, "It would make you happy that India has been able to increase its tree cover. Between 2015 to 2017, India’s tree and forest cover has increased by 0.8 million hectares." "I would like to announce that India would raise its ambition of the total area that would be restored from its land degradation status, from 21 million hectares to 26 million hectares between now and 2030", he added.