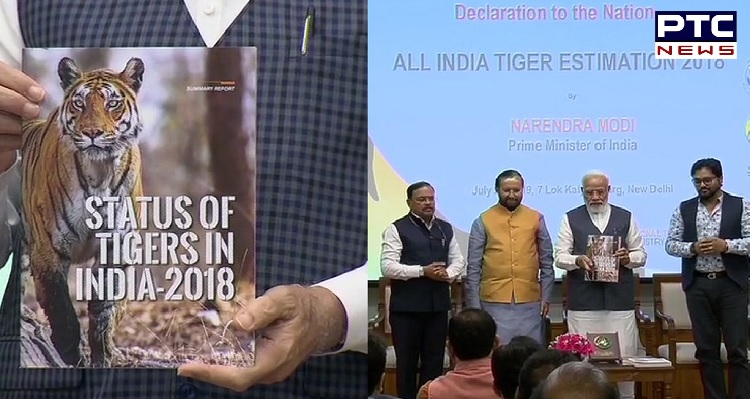 Delhi: Prime Minister Narendra Modi on Monday released the 'All India Tiger Estimation 2018' on the occasion of International Tiger Day. The whole nation is celebrating World Tiger Day. Also, in term of Save Tigers, everyone joins their hands to celebrate Global Tiger Day.

Likewise, Prime Minister Narendra Modi said on Tiger Day, "Today, we reaffirm our commitment towards protecting the tiger. Results of the just declared tiger census would make every Indian happy. 9 yrs ago, it was decided in St. Petersburg that target of doubling tiger population will be 2022. We completed this target 4 years early.

Also, PM Modi said, "Today, we can proudly say that with nearly 3000 tigers, India is one of the biggest and safest habitats in the world." 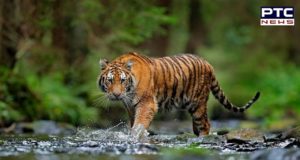 International Tiger Day is a reminder that we must work together to save this heroic animal, to have him live happy in his natural habitat.

"I had the good fortune to say Hello to Arrowhead, in Ranthambore a while ago. She sat there, cooling off in a shallow stream for about 10 minutes before disappearing into the jungle again. One of my best safari experiences ever!", said an official twitter user.

"Less than 4,000 tigers are remaining due to human activities including habitat destruction & illegal wildlife trade. Time to raise awareness about tiger conservation. Don't strip the stripes from the scenery", appealed a Twitter user.