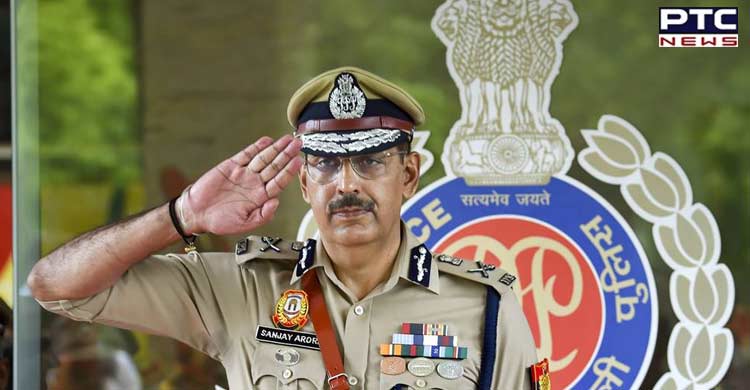 Arora has been appointed as Delhi Police Commissioner after Rakesh Asthana retired on Sunday.

IPS officer Arora was earlier serving as the DG of the Indo-Tibetan Border Police (ITBP).

"We warmly welcome our new Police Commissioner Shri Sanjay Arora ji. We are confident that under his leadership we will be able to add new dimensions in maintaining the security and peace of the capital and further strengthening public confidence in the police," Delhi Police said on Twitter.

The Ministry of Home Affairs, in an official statement, said, "In pursuance of the said approval, Sanjay Arora, IPS (TN: 1988) is hereby appointed as Commissioner of Police, Delhi with effect from August 1, 2022, or from the date of taking over charge whichever is later and till further orders."

Sanjay Arora graduated with a bachelor's degree in Electrical and Electronics Engineering from Malviya National Institute of Technology in Rajasthan's Jaipur.

He served in various capacities in Tamil Nadu Police and was Superintendent of Police (SP), Special Task Force, where he achieved significant success against the Veerappan gang, for which he was awarded CM's Gallantry Medal for Bravery and Heroic Action.

In 1991, after being trained by NSG, Sanjay Arora had a pivotal role in forming the Special Security Group (SSG) to provide security to the Chief Minister of Tamil Nadu during the heyday of LTTE activity. He has also served as the Superintendent of Police of various districts of Tamil Nadu.

Arora also served in the Indo-Tibetan Border Police (ITBP) on deputation as Commandant from 1997 to 2002 and commanded a border guarding ITBP Battalion in Matli, Uttarakhand from 1997 to 2000.

He, as an instructor, made remarkable contributions in the field of training, serving as Commandant (Combat Wing) at the ITBP Academy, Mussoorie from 2000 to 2002.

He was also Commissioner of Police, Coimbatore city from 2002 to 2004 and served as Deputy Inspector General of Police, Villupuram range and Deputy Director of Vigilance and Anti-Corruption.