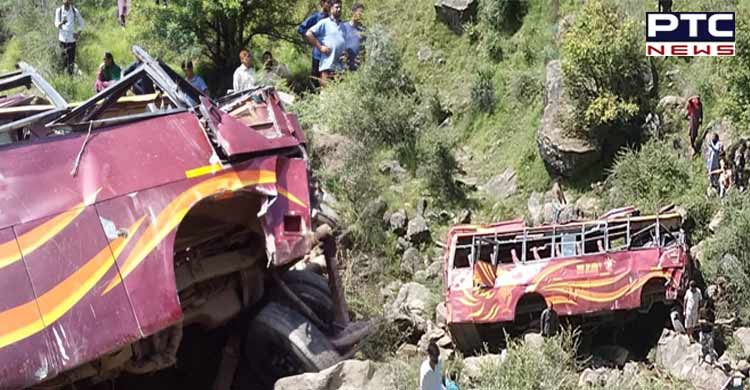 Rajouri (Jammu and Kashmir), September 15: At least four people were killed after a bus carrying several passengers fell into a deep gorge near Bhimber Gali in Jammu and Kashmir's Rajouri on Thursday.

More details about the incident are awaited.

Earlier on Wednesday, as many as 11 people died and 26 others were injured when a minibus on its way to Mandi from Sawjian, met with an accident in Poonch.

Following the Sawjian accident, Lieutenant Governor of Jammu and Kashmir Manoj Sinha expressed grief and said "Rs. 5 lakh would be given to the next of kin of deceased." He also mentioned on Twitter that the Police and Civil authorities have been directed to provide the best possible treatment to the injured persons.