Jawaani Jaaneman Trailer: Saif Ali Khan is back in a quirky lead in comedy drama 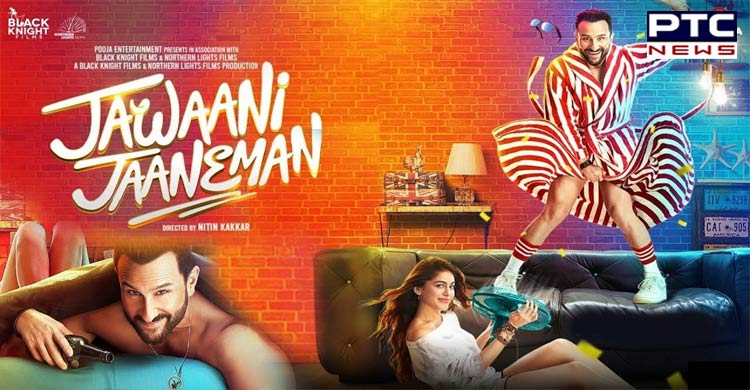 Jawaani Jaaneman Trailer: Bollywood actor Saif Ali Khan is back in what he does the best; a quirky lead in comedy drama with debutante Alaya F and Tabu. Alaya F is a duaghter of former Bollywood actress Pooja Bedi, who is playing the role of Saif Ali Khan's daughter. The film revolves around how the long-separated daughter and father reconnect, rekindle their relationship and hopefully reunite.

Tabu is having a surprise appearance in the film as well as Alaya’s mother. The trailer promises an enjoyable, coming-of-age dramedy with a lot to cheer for. It is a departure for Saif Ali Khan from heavy-duty intense roles in Sacred Games, Laal Kaptaan and Tanhaji: The Unsung Warrior. He is surely bringing back his element in Jawaani Jaaneman.

Jawaani Jaaneman brings back the Saif from the decades of Cocktail and Happy Ending. Saif Ali Khan is playing the character who believes that family makes the man duffer. Also, he thinks that the lion is king till he is alone. Saif Ali Khan is potraying the role of man who believes only in Swag. Likewise, Alaya F is portraying the best possible stuff against Saif Ali Khan. Tabu on the other side is adding spark to the field of entertainment as she has done it quite often.

Helmed by Nitin Kakkar, Jawaani Jaaneman is scheduled to release on January 31, 2020. Nitin has previously filmed Notebook, Mitron and Filmistaan. Meanwhile, Saif Ali Khan was last seen in the film 'Tanhaji: The Unsung Warrior', for which he is garnering a lot of love from his fans.

While retweeting Pooja Entertainment's post, Nitin Kakkar took to twitter and wrote: "One brings the charm ✨, the other adds the spice ? and he brings the party ?. Lets rock and roll with Jawaani Jaaneman Trailer." Saif Ali Khan was heavily praised for his portrayal in Netflix series Sacred Games and his intense role in Laal Kaptaan.