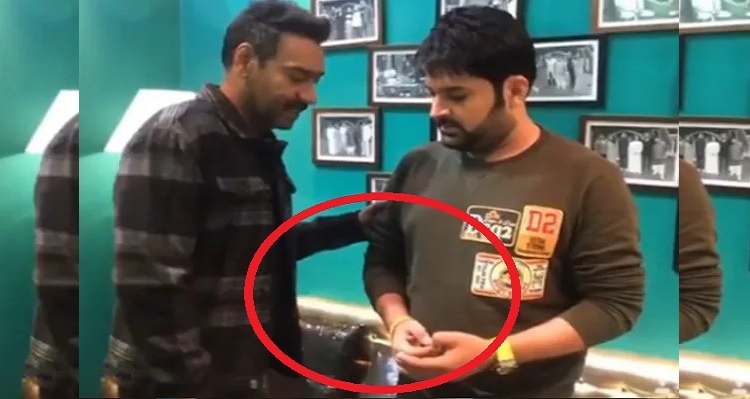 Be it Deepika Padukone, Salman Khan, Sanjay Dutt or Alia Bhatt, everyone promotes their film on The Kapil Sharma Show. Meanwhile, Ajay Devgn was seen promoting his upcoming film Tanhaji: The Unsung Warrior with Kapil Sharma. Ajay Devgn took the promotions of his next flm to an all new level.

Taking up to Instagram, Kapil Sharma shared a video of him promoting Ajay Devgn's Tanhaji. In a video, he can be seen saying all good things about the film and how it is the most beautiful film and why one should not miss watching it. It was all fine untill Ajay enters the frame and asks the cameras to stop recording and bribes Kapil Sharma with the money.

Meanwhile, Kapil bargains and gets fixed it on Rs 1200 to which Ajay Devgn agrees and gives him more money. It is pertinent to mention that the video is not at all serious. It's a funny way to promote the film, after all the Kapil Sharma is a stand-up comedian and he's doing his job to make you laugh in whatever way he can.

Talking about the film, it is directed by Om Raut, which revolves around the 17th century and is based on the life of Tanaji Malusare. Ajay Devgn is essayaing the titular role, while Kajol plays his wife in the film. Meanwhile, Saif Ali Khan has stepped into the shoes of Uday Bhan. The film also features Sharad Kelkar, Luke Kenny, Jagapathi Babu, Devdadda Nage and Pankaj Tripathi in lead roles. It is all set to hit the screens on January 10.