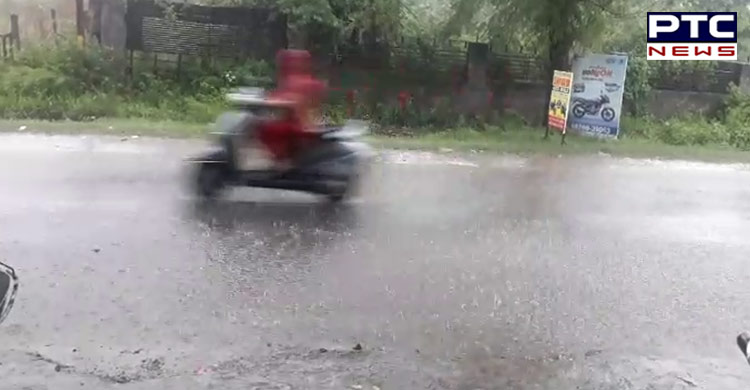 Ludhiana: Heavy rainfall lashed out in the areas of Punjab giving respite from heat waves, on Wednesday. The city Ludhiana witnessed heavy rainfall followed by the prediction made by the Indian Meteorological Department, which said that there will be heavy rainfall in Chandigarh and Punjab for next 48 hours. Meanwhile, rains have poured down in Ludhiana, but still, there are various areas of Punjab, which are still left to be wiped.

However, the heavy rainfall is a threat for the district Patiala and Bathinda as both of the city have recently witnessed the flood-like situation. Also, the Punjab Chief Minister Captain Amarinder Singh conducted the Aerial survey of the flood-affected areas in Patiala. Likewise, the Punjab government has issued a notice to District Magistrates asking them to stay prepared for heavy rains during the next three days in the state.

Meanwhile, the other areas of Punjab and Chandigarh are still looking for a shed of clouds as the city is witnessing the extreme heatwaves for a few days. The Indian Meteorological Department on Tuesday issued an alert for Punjab and Chandigarh, especially dated July 24 and July 25.